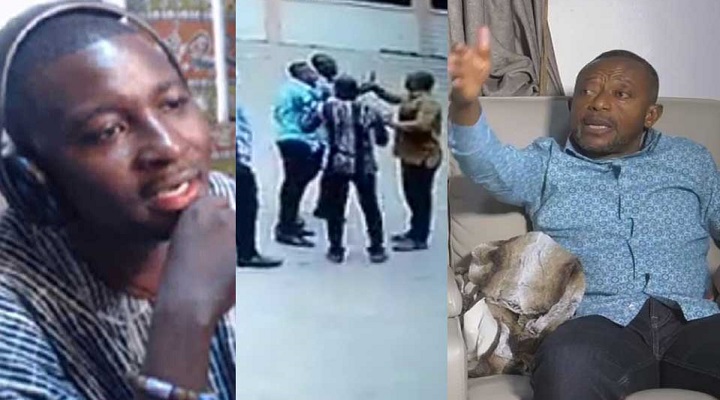 The prophet threatened to end the life of Mugabe Maase who he claimed called him names on radio.

He said the presenter referred to him as a fake pastor which he is not.

At the premises of XYZ broadcasting limited, the radio prophet and his men yelled, pushed and shoved the administrator and some key staff members as he insisted on seeing Mugabe so he will show him.

The founder and leader of The Glorious Word and Power Ministry is currently is expected to be a subject of investigations as former National organiser of the NDC, Kofi Adams has written to the Criminal Investigations Department (CID) of the Ghana Police Service asking that the self acclaimed prophet be questioned on allegations he made that former president Mahama intends to kill some people including the President Akuffo Addo.