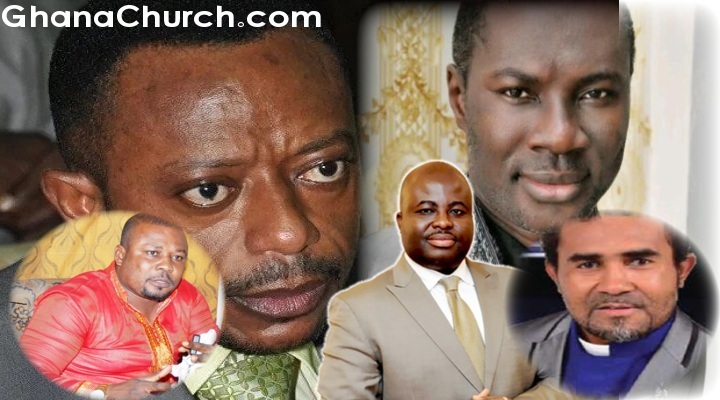 Report reaching GhanaChurch.com indicates that, Prophet Akwasi Agyeman Prempeh who operates with an extraordinary prophetic mantle challenged his mentor Prophet Isaac Owusu Bempah on prophecies he listed to happen the year 2016 but all his expectation fail. Was it because of Father – Son issue?.

He said “Ex-President Mahama is far in the spirit – Prophet Agyeman Prempeh”.
Prophet Prempeh gave examples from Bible but it was NOT so!

God only gave details of the mission, where Israel will go, how, what, when and who (will take them to the promise land was not given until in Numbers 20:12;

“Then the Lord spoke to Moses and Aaron, ‘Because you did not believe Me, to hallow Me [proclaim my name holy] in the eyes of the children of Israel, therefore you shall not bring this assembly into the land which I have given them.’ ” (Numbers 20:12)

Ref: “Why did you bring us out of Egypt into this miserable place where nothing will grow? . . . There is not even any water to drink” (Numbers 20:5)

Prophet Agyeman Prempeh holds the position that the winner of the 2016 Election must have a personal relationship with God. And Ex-President Mahama is far in the spirit.

GhanaChurch.com thinks NDC’s ‘comfortable lead’ was the reasons of the Prophets.
Prophet Prempeh actually had a strong belief that something will happen in the Ghana election but it fails. Owusu Bempah prophecies came to pass.

All these three or more Prophets fought Owusu Bempah’s prophetics during Ghana election.

Prophet Owusu Bempah: He declared on TV3’s show – Restoration – on March 1, 2016 that “What I see is what I say. [In the] 2016 elections, Nana Akufo-Addo will win. Write it down today. But some events will occur again and that is what might bring about problems. God has even used me to prophesy NDC’s victory; they won. God is my witness…So when I say things and NDC members tag me as ‘NPP’ it is not true.”

Prophet Enim said God revealed the victory of President Mahama to him through a vision and asked him to make it known to Ghanaians as a sign of God’s endorsement of the President.

“In a very explicit vision, I saw the President seated on a presidential seat and clad in a white wear with an inscription ‘2016’. I asked God the meaning of the vision and He told me President Mahama was destined to win the 2016 general election and would be enthroned for the second time as president.”

“Nothing in this world can change this prophesy. Not even the current hardship and the devilish plots masterminded by the enemies of the President can change it. President Mahama is destined to win 2016 election and it shall be so,” he told the Ghanaian Times.

About Agyeman Prempeh: He holds an Honorary Doctorate Degree in D.Mins from Ambassadors College of Ministry & Theological Seminary in New York, USA and now a Bishop Elect by ITHUS Council of UK. And the CEO of Springs group of companies worldwide and the president of International Association of Prophets and Deliverance Ministers, the General Overseer of Springs of Joy Ministries International Worldwide.

He has also won different accolades and awards from different organizations and Governmental bodies for his impact on the Kingdom and community including the RECON COMMUNITY LEADERS AWARDS for his leadership in new community based initiatives.