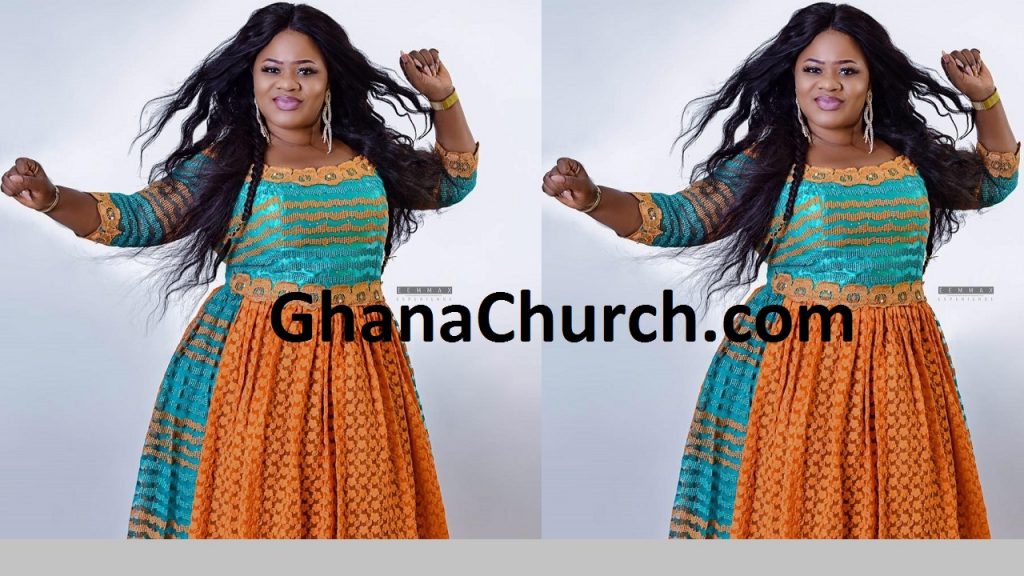 The Ghanaian Gospel iconic, Christiana love has undergone a metamorphosis to Obaapa Christy with her new album, Obaapa who was born on December 7, at New Suame a suburb of Kumasi in the Ashanti Region of Ghana to Akwesi Twene and Mary Amoah Twene.

The bloodline and the DNA of the family of “Twene” is gifted with music, that is explosive and contentious, controversial, disputable and debatable because, here new album “W’agye Me” (He has saved Me) is really a “metamorphosis” and inflammable, to take you to another realms of supernatural authority according to GhanaChurch.com.

Christiana Adwoa Twene, who is currently called “Rev. Obaapa Christy” is one of Ghana’s finest gospel diva who have carve a niche for herself over the years.

Obaapa Christy as affectionately called had her basic education at her home town Anomaangye in the Ashanti region.

The sensational gospel musician is the second of nine children born and can be described as Ghana’s queen of praise and worship.

Obaapa Christy who was formally called Christiana Adwoa Love ( Mostly called ” Mama Love or Christy) is world wide know Ghanaian Gospel singer, who is gifted in her area of ministry to affect this generation.

Since the genesis of Christiana Love music ministry, many other musicians has being Exodusing in their numbers on her motherland, Ghana but God has highly favored Christy among the lot to show forth His mighty hand in music.

Obaapa Christy started with the ” Halleluyah Voices”, which was a vibrant Kumasi based music group but one day approached by a famous Ghanaian musician called “Osuani Afrifa”, who took her to another level of music industry in the Nation of Ghana.

It was not so much of a surprise when he expressed his sincere desire for her to sing his songs for him. Of course he (Osuani Afrifa) has heard Obaapa sings on several occasions and has witnessed her performances as well.

“Osuani Afrifa” also recognized the favor of God on Christy and knew she could deliver, which therefore brought her to limelight in the music ministry.

Christie got her second “showbiz name”, Obaapa from her new husband Nana Frankie.

Popular gospel musician Christiana Love, now known as Obaapa Christy, is reported to have recently married a new husband and even delivered a baby boy for him, although her marriage with Pas­tor Love, the father of her three children, is yet to be officially dissolved.

The “hyebre sesafo” singer has 8 albums to her credit. Some of her songs include ‘Onyame Ba’, ‘Meti Ase’, ‘Ayari Sa’ ‘Moving Forward’, ‘hyebre Sesafo’.

Obaapa Christy has several awards for her motivational and spiritually uplifting songs including Ghana Music Award, a National Award honours and an award from former President Kufuor.

Her latest album, ‘hyebre Sesafo’ is receiving massive airplay all over the country.