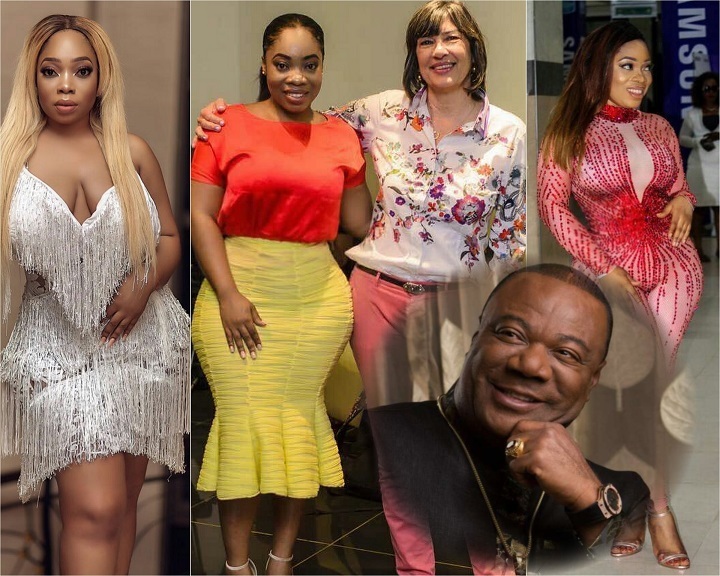 According to GhanaSky.com analyst, two weeks ago, actress Moesha came under the fire for saying she sleeps with married men for livelihood etc.

Ghanaian actress Moesha Boduong in which the socialite told Christiane Amanpour that Ghana’s economy is so bad to the extent that women are compelled to have s*exual affairs with men just to survive.

The video is the sixth episode of a Christiane Amanpour documentary titled: S*ex and Love Around the World.

Moesha came under a torrent of criticism two weeks ago when she admitted in a snippet of the show that she sleeps with married men in order to support her lifestyle.

According to her, “In Ghana, our economy is such in a way that you just need someone to take care of you and a single person you can’t make enough money as a woman here.

“Because even when you want to get an apartment, in Ghana you pay two years in advance and I just started working; where will I get money to pay for an apartment for two years?” she added.

A visibly surprised Christiane Amanpour further asked, “Are you basically telling me that you are having sex with this guy essentially to pay your rent?”

An eighty five seconds video of actress Moesha Boduong with American ace journalist Christiane Amanpour generated an outrage in the country because the former made some statements which didn’t go down well with the public.

The video, which was an excerpt from an episode of Amanpour’s Sex and Love Around the World series was widely criticized by several members of the Ghanaian society including the Minister of Gender, Children and Social Protection suggested that women in the country were incapable of making ends meet without soliciting for favours from successful men.

“Ghana our economy is such that you just need someone to take care of you because you can’t make enough money as a woman here,” she said.

Watch the full episode of S*ex and Love Around the World featuring Moesha Buduong:

“When you want to get an apartment, in Ghana you pay two years in advance and I just started working, where will I get the money,” she explained

But after the backlash from the public, the CNN International Correspondent jumped to the defence of Moesha Boduong urging all not to judge her based on her input on the episode.

“So it was quite distressing to hear that one of our contributors, Moesha Boduong, has been the target of public shaming by the Ghanaian press and the Ministry of Gender, Children and Social Protection. Numerous media outlets in Ghana have taken to villainizing this young woman based on an excerpt of the conversation included in a 1 minute, 30-second video of “Sex and Love.”

“As the host and the namesake of this series, I feel compelled to speak up on behalf of our contributor. I want people to recognize Moesha’s right to speak up and the courage she showed by sharing such intimate details about her personal life,”

“I urge my colleagues in the Ghanaian press to reserve judgment for the whole episode, and for the people to understand that all must be seen in context, not judged on one excerpt,” She added