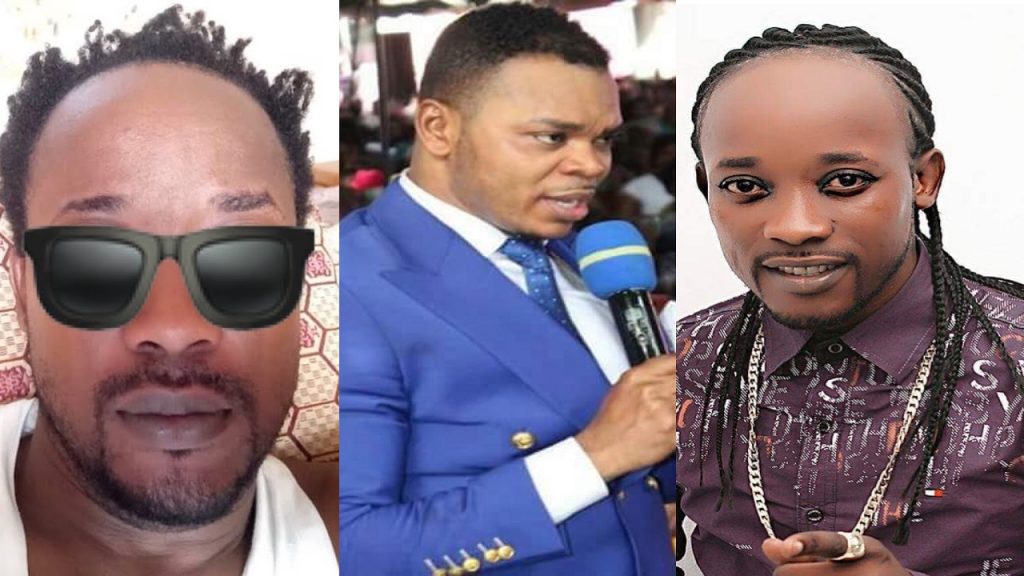 “It started in October and I thought it was migraine.

I went to the hospital and was told I had a tumor in my head which has caused an enlargement in my left eye,”

But, in reality, Lumba look-alike blindness started before the stated date.

And after the visit, the tumor was identified by medical doctors.

one of his eyes was given to Bishop Obinim as symbol of Egg,

which was in interpreted by the Bishop as fruitfulness but in actual sense it was the eye.

Also, in recent announced on TV shows, the tumor in his head had blurred his vision

and can not see with both eyes at the moment.

As a result, he hardly breathe from his nostrils.