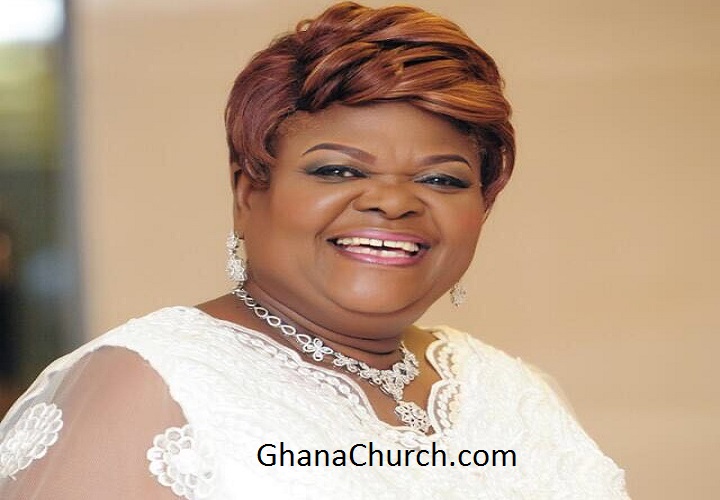 The foundation of Rev. Dr. Christie Doh Tetteh’s ministry were laid when she served as a personal secretary to the late Christian legend Archbishop Benson Idahosa for twelve years in Benin City, Nigeria, an experience which has since borne immense fruits and produced outstanding results.

Rev. Christie is the founder and general overseer of Solid Rock Chapel International. A vibrant and growing church headquartered in Accra, Ghana (West Africa) with several branches and affiliate ministries under her supervision.

She is known variously as the first lady or Mother of Charismatism, in the Christian circles in Ghana. Others call her spiritual bulldozer. She lives up to her reputation as a trailblazer and a groundbreaker.
She is truly championing a cause for many men and women in ministry who look up to her as a mother. She features on many of the nation’s television, every Friday at 5:30 am on Sunny 88.7 f.m. You can stream her on www.solidrockchapel.org.

She obtained a Certificate from Kings College Commercial Institute Kokomlemle on June 30th, 1975 and also graduated from All Nations for Christ Bible Institute, Benin City, Nigeria in 1982 and a past student of Haggai institute in Singapore where she came first in her class in December 10th, 1992.

She is a highly sought after speaker and frequently ministers on platforms of leading ministries in Ghana and outside. Additionally her dynamic and insightful teachings, preaching and prophetic ministry has taken her to many countries like Gambia, Gabon, Guinea, Ivory Coast , Benin, Togo, Sierra Leone, South Africa, Nigeria just to mention a few in West Africa. She minister’s extensively in United Kingdom (UK), Europe and United States of America (USA).

Rev. Christie flows in the apostolic office with her ministry characterized by the fivefold ministry gifts and evidenced by signs and wonders. Many babies have been named after her; the oldest is 34 years and now a mother herself.

Rev. Christie Doh Tetteh has authored many books including: Serve the Lord with Gladness, Celebrating Womanhood, Tithing made easy, The Phenomenal Woman(Biography), Who will not serve a God like This, Soaring like the Eagle, Five ways strategic revelational prayer, and Wait Patiently.

She is constantly involved in humanitarian service and makes frequent visits to the Accra Psychiatric Hospital, orphanages like Borjuase, Save them Young in Ashiaman, SOS Osu, school of the blind, Korle Bu hospital, Achimota hospital, and Legon Hospital just to mention a few as well as various Prison service stations in the country.

She Features frequently on national and governmental platforms.
She has been honoured with four Doctorate awards from the Truth Bible College, Jacksonville, Florida on February 16, 2003, a Honorary Doctorate of Divinity by The Global Bible University, Baltimore, Maryland on May 23, 2007 and a degree of Doctorate of Philosophy in Christian Education from the Eastern Theological Seminary, Lynchburg, Virginia on May 23, 2007.

She was awarded a degree of Doctor of Ministry and Doctor of Divinity from the University of family Bible, Baltimore County, Maryland on October 29, 2011.

Rev. Dr. Christie Doh Tetteh lives in Accra with her family. Several nieces and nephews and adopted sons and daughters summing up to about fifteen (15) people and she has a passion for helping less privileged and a giver.