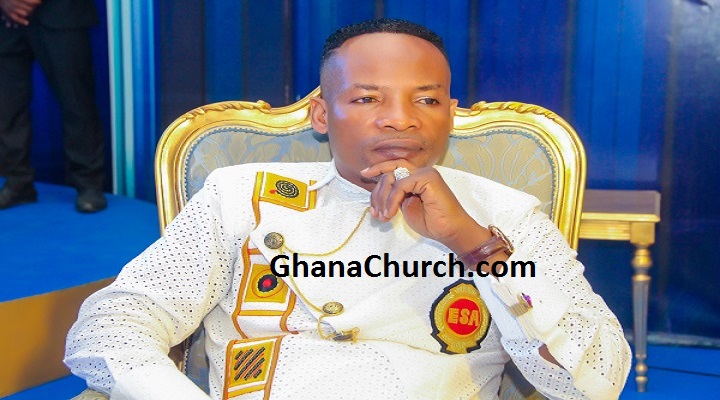 He suffered embarrassment as a result, and abandoned schooling after one year and became wayward – he took to smoking, drinking and robbery. Salifu Amoako was led to the Christian faith by a man called Awuah who also introduced him to the local Assemblies of God Church at Bantama, Kumasi.

He left the Assemblies of God Church because of its constant usage of the English Language he did not quite understand. He joined Evangelist Amoako’s Resurrection Power Evangelistic Ministry at Santasi which used Twi as the medium of communication. GhanaChurch.com

He committed himself to serve at the church by doing all kinds of menial jobs in the church as well as the house chores for Prophet Amoako who later invited him to live with him in his house. Amoako thus became his mentor hence the addition of his mentor’s name ‘Amoako’ to his original name.

Salifu Amoako who claimed to have had a spectacular experience a week before his mentor, Evangelist Amoako died has been recorded as saying that, he was sleeping in Evangelist Amoako’s car when the late evangelist laid hands on him and prophesied that the anointing on him would be transferred onto Salifu Amoako and God would use him worldwide. According to Salifu when he heard of the news of the death of his mentor, Prophet Amoako, he was so devastated that he withdrew into a room and began to pray.

In the course of the prayer, God spoke to him, confirming what his mentor had prophesied that
he would have a worldwide ministry. GhanaChurch.com – Ghana Churches News Portal

Prophet Salifu Amoako whose ministry emphasizes the ministry of angels to humans – because of his belief that angels are vehicles for spectacular and supernatural occurrences in the lives of human beings, and also that they have eschatological relevance and that God shall use angels as the main instrument for the accomplishment of his end-time prophets – began his ministry by forming a small fellowship in Kumasi. He later established the “Jesus is Alive Ministry” which metamorphosed into a church, “Alive Chapel International” which was inaugurated on 10th January, 1998 in Accra.