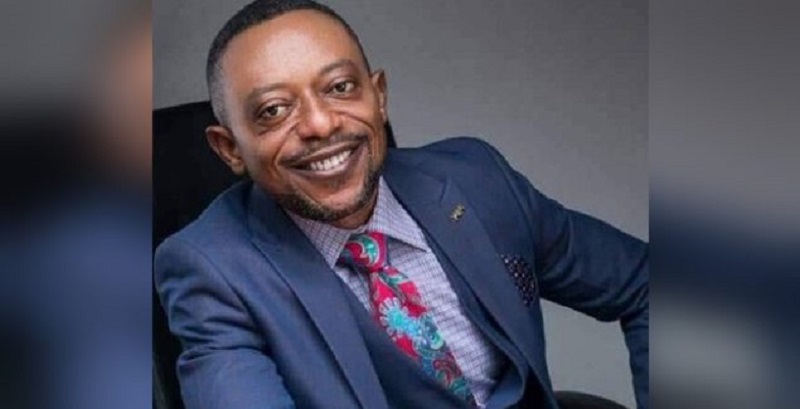 Prophet Isaac Owusu Bempah goes ‘Gaga’ after radio presenter asked him to perform miracle in his studio according to AfricaChurches.com

Hence, AfricaChurches.com through Hot 93.9 FM discovered that, the Founder and Leader of Glorious Word and Power Ministry International Rev. Prophet Isaac Owusu Bempah went into a rampage during an interview on ‘Ghana Must Know’, an afternoon current affairs program hosted by Justice Kwaku Annan on Accra-based Hot 93.9FM.

Therefore, Rev. Owusu Bempah’s anger comes at the back of allegations leveled against him by former Occult grandmaster, Evangelist Dominic Appiah that he is an occult pastor.

So, it would be recalled that, Evangelist Dominic, who was giving a frightening account of horrific activities of occult pastors during an interview with Justice Kwaku Annan.

Rev. Owusu Bempah who was debunking the allegation against him in an interview with Justice Kwaku Annan.

Prophet Bempah became infuriated when challenged to perform one of his miracles.

Furthermore, “Kwaku you are behaving like Satan who challenged God to perform miracles…Yes, you are a Satan..look i didn’t come here to answer these stupid questions…

I came here to answer questions alleging that I am Occult” – Rev.Owusu Bempah angrily said.

To the chagrin of listeners and viewers watching live on Facebook ;

Rev. Owusu Bempah, accompanied to the studio by his bodyguards, Abronye DCE and Ghana Gas PRO Ernest Owusu Bempah, vandalized an apple laptop and one of the microphones in the studio.

Watch how Owusu Bempah went into a rampage in the studio.