The Economy of the Trinity in the Work of Soteriology 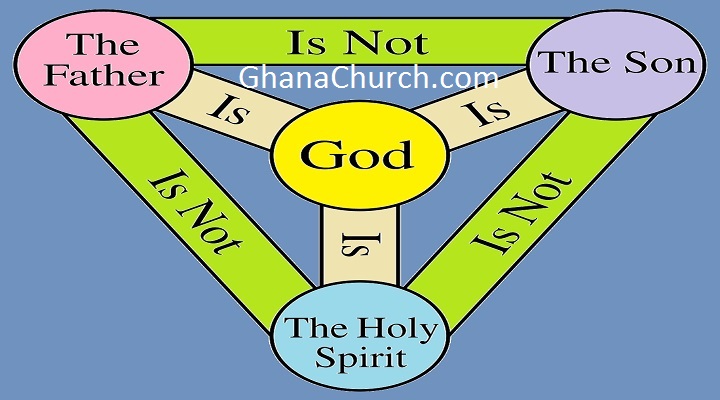 The Father, the Son, and the Holy Spirit are revealed as concurring together in the whole purpose and plan of man’s redemption; but as sustaining, each of them, a distinct office, and undertaking a different part of the work, in carrying that purpose and plan into effect. GhanaChurch.com

Their common purpose of saving sinners, and their harmonious co–operation in its accomplishment, might be inferred from the unity of the divine nature, which necessarily implies unity in the counsels of the divine will; but the personal distinctions of the Godhead could never have been so clearly revealed in any other way than by the distinct offices and operations, which are ascribed to them in connection with the work of salvation.
It is to mark at once their harmony of purpose, and also their several agencies, in this work, that every believer is required to be baptized,-not simply into the name of God,-but ‘into the name of the Father, and of the Son, and of the Holy Ghost (Matt. 28:19);’ and that each of the three is distinctly invoked in the Apostolic form of benediction: ‘The grace of the Lord Jesus Christ, and the love of God, and the communion of the Holy Ghost, be with you all (2 Cor. 13:14).’
The preparatory baptism of John, which is described as ‘the baptism of repentance for the remission of sins,’ and which was administered to the people who attended his ministry, (Acts 19:2-6) that they might be taught to ‘believe on Him who should come after him,’ and ‘baptize them with the Holy Ghost,’-was imperfect, as compared with Christian baptism, because it did not distinctly specify the Father, and the Son, and the Holy Ghost; and accordingly it was superseded on the establishment of the Christian Church.

Each of the three Persons in the Godhead sustains a distinct office, and undertakes a work which Is ascribed peculiarly to Him, in connection with the divine method of saving sinners.

THE FATHER
…is revealed as representing the majesty,––exercising the sovereignty, ––and maintaining the prerogatives, of the Godhead. It is said of Him that ‘He loved us,’––that ‘He blessed us with all spiritual blessings in Christ,’––that ‘He chose us in Him before the foundation of the world,’––that ‘He predestinated us to the adoption of children by Jesus Christ, according to the good pleasure of His will, to the praise of the glory of His grace, wherein He hath made us accepted in the Beloved,’––that ‘He gave His only–begotten Son,’––that ‘He sent His Son to be the Saviour of the world,’––that ‘He made Him to be sin for us,’––that ‘He set Him forth to be a propitiation through faith in His blood,’––that ‘lie spared not His own Son, but delivered Him up to the death for us all,’––that ‘He commends His love towards us, in that, while we were yet sinners, Christ died for us,’––that ‘it pleased the Lord to bruise Him,’––that ‘He raised Him up from the dead, and gave Him glory, that our faith and hope might be in God,’––that He ‘crowned Him with honour and glory, and did set Him over the works of His hands,’––and that ‘God hath exalted Him with His right hand to be a Prince and a Saviour, to give repentance, and remission of sins.’ (John 3:16; Eph. 1:3,4,5; 1 John 4:14; 2 Cor. 5:21; Rom. 3:25, 8:32; Isa. 53:10; 1 Pet. 1:21; Heb. 2:7; Acts 5:31). GhanaChurch.com

THE SON
…is revealed as acting in official subordination to the Father,––as ‘sent”,––as ‘given,’––as ‘coming to do His will,’––as ‘making Himself of no reputation,’––as ‘taking upon Him the form of a servant, and appearing in the likeness of man,’––as ‘humbling Himself, and becoming obedient unto death, even the death of the cross,’––as being ‘made under law,’––as being ‘made sin for us,’––as being ‘made a curse for us,’––as ‘wounded for our transgressions, and bruised for our iniquities,’––as bearing ‘our sins in His own body on the tree,’––as ‘giving Himself for us an offering and a sacrifice to God for a sweet-smelling savour,’––as ‘crucified in weakness, but raised in power,’––as ascending up into heaven, and sitting down ‘forever on the right hand of God, from henceforth expecting till His enemies be made His footstool,’––as ‘highly exalted, and having a name given to Him which is above every name; that at the name of Jesus every knee should bow, and every tongue confess that He is Lord, to the glory of God the Father.’ (Phil. 2:7; Gal. 3:13; Isa. 53; Eph. 5:2; Heb. 10:12; Phil. 2:9-10).

THE HOLY SPIRIT
…is revealed as ‘proceeding from the Father,’––as ‘sent by the Son from the Father,’––as ‘testifying’ of Christ,’––as ‘glorifying Christ,’––as ‘bearing witness’ of Him,––as ‘convincing the world of sin, because they believe not on Him,’-as ‘shining into the hearts of men, and giving them the light of the knowledge of the glory of God in the face of Jesus Christ,”––as renewing them in the spirit of their minds,’––as ‘quickening them’ into spiritual life,––as ‘the Spirit of wisdom and of revelation in the knowledge of Christ,––as ‘the Spirit that dwelleth in us’––that ‘worketh in us’––that ‘guideth us into all truth’––that ‘helpeth our infirmities’––that ‘witnesseth with our spirits that we are the children of God,’––as ‘the Holy Spirit of promise, which is the earnest of our inheritance.’ (2 John 15:26, 16:14; 1 John 5:6; John 15:8-9; Eph. 1:17,14).  GhanaChurch.com

First, that there is a real distinction between the Father, the Son, and the Holy Spirit, since many things are revealed concerning each of them which cannot be affirmed of the other two;––and secondly, that they sustain different offices under the same scheme of grace, and execute different parts of the same work of redemption. If these fundamental truths are clearly revealed, it follows that we can only involve ourselves in inextricable confusion by over-looking the fact that such distinctions exist, and by ascribing that to the Father which Scripture ascribes to the Son,-or that to the Son which Scripture ascribes to the Spirit,-or, conversely, that to the Spirit which the Scripture ascribes to the Son. Yet this is the very error with which those are justly chargeable who substitute the work of the Spirit in us, for the work of Christ for us, as the ground of our Justification.

Credit: The Doctrine of Justification, Written by, James Buchanan