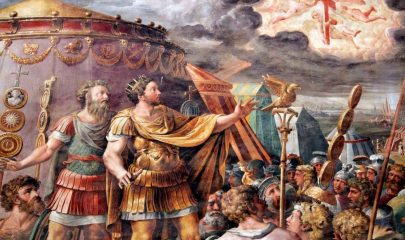 Technological change that advances the human race is GREAT . . . but changing and falsify historical events is just plain lying. Constantine knew from experience that the great power of the Christian message came from the preaching of the Resurrection of Christ. Immediately upon assuming the purple, he set about to insidiously undermine and […]

According to some estimates, there are roughly 4,200 religions in the world. The word religion is sometimes used interchangeably with “faith” or “belief system”, but religion differs from private belief in that it has a public aspect.   Examples are: Judaism, Christianity, Islam, Bahá’í Faith, Hinduism, Taoism, Buddhism, Sikhism, Slavic neopaganism, Celtic polytheism, Heathenism (German […]