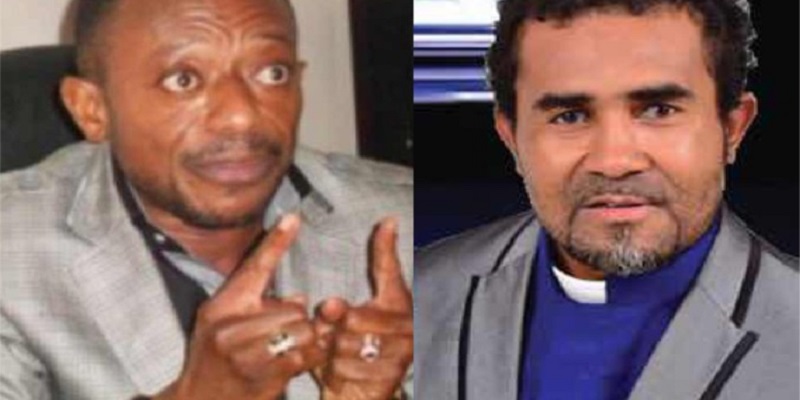 Prophet Dennis Whole the founder of Great Unction Worldwide Chapel has launched a blistering attack on Rev. Owusu Bempah, Founder and leader of the Glorious Word Ministry International Calling him a “Paid Prophet” who is paid to give the kinds of prophecies he has been giving concerning the winner of this years election in Ghana.

Rev. Owusu Bempah who is known for his regular prophecies on Ghana’s elections and major events in Ghana has stated that Nana Addo Dankwa Akufo Addo the presidential candidate of the biggest opposition party in Ghana will win this year’s elections.

Appearing on Metro Tv on Paul Adom Otchere’s “Good Evening Ghana” program he indicated that “….Should Nana Addo manage his affairs well, spiritually victory is in the hands of Nana Addo. Nana Addo will win the elections.”

“It’s very easy for me. What God has said will surely come to pass.”
According to Prophet Isaac Owusu Bempah there is no way the victory cup will swerve Nana Addo should he manage his domestic affairs appropriately.

Subsequently in June and September he went ahead to confirm his prediction, this provoked other prophets to come out to challenge him.

Speaking on Ahotor Fm 92.3fm this afternoon on their political program hosted by Bobbie Ansah, Prophet Dennis Whole alleged Prophet Owusu Bempah might have been influenced by monetary considerations to say that NPP will win the elections.

He claimed that through prayers God has revealed to him that the incumbent President John Mahama will win with a large margin.