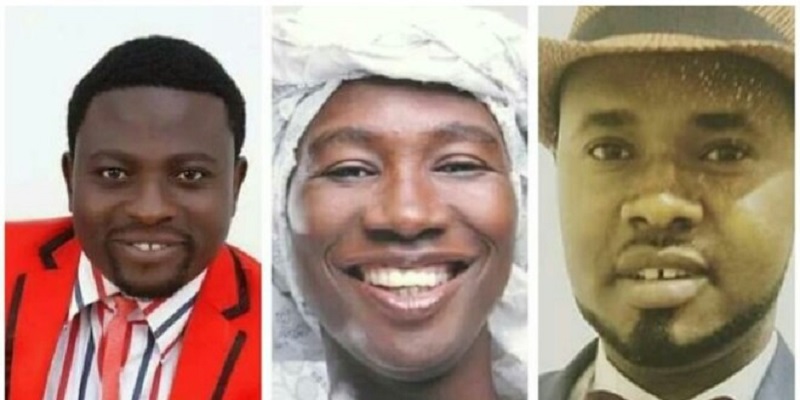 Manager of Cecilia Marfo’s ministry, Stephen Kenneth Nakujah has responded to Brother Sammy’s allegation that the Prophetess of God and her team deliberately slapped him during a deliverance session at a praise concert held at the Baba Yara Sports Stadium in Kumasi on November 24, 2017 to destroy his brand.

Nakujah claimed Brother Sammy’s flimsy accusation is unjustified, besides the Kumasi based gospel artiste is known for taking advantage of any unfortunate incident to promote his new album.

According to the manager, he wasn’t amazed about Brother Sammy’s recent conduct claiming Cecilia Marfo and Ernest Opoku planned to invite him to the 2017 ‘Tsooboi’ Praise to ridicule him, adding that the self-acclaimed ‘Nation’s Worshipper’ is using the 2017 incident as a publicity stunt to also promote his upcoming show in the States.

“We’re surprised at Brother Sammy’s recent claims about the alleged Cecilia Marfo’s deliverance slaps. Brother Sammy consulted us claiming the viral video has been posted by bloggers but they twisted the story so we should put out a statement to disregard such stories.

“Even before publishing the Statement on Cecilia Marfo’s Timeline on Facebook, a copy of the statement was sent to Brother Sammy to proof read and give the go ahead for the posting.

“If Brother Sammy claimed that since the deliverance, it was only recently that he has returned to his normal state of mind, then I can boldly tell you what he is up to.

“Brother Sammy is using that incident to promote his new album and we know what he is looking for from Cecilia Marfo. Because this is his first time he’s billed to perform in the US, he is using this foul means to promote the event too.” Stephen Nakujah told Zylofon FM.

Reacting to the allegation that some popular gospel artistes who availed themselves to be prayed for by Cecilia Marfo have since not been active again with their gospel career, Stephen Kenneth Nakujah said it is untrue, claiming Brother Sammy was referring to Grace Ashy.

According to him, the renowned composer of the Black Stars cheer songs has been ordained a Minister of God so Brother Sammy’s unconvincing allegations about Cecilia Marfo using spiritual means to stop the progress of other gospel artistes is baseless.

Below is the statement Cecilia Marfo’s Management posted on her Facebook Timeline to disregard claims that she delivered Brother Sammy from Occult Spirit:

Praise God children of the Most High God. I greet you with all humility.

I have seen a story making rounds that I Cecilia Marfo has slapped and delivered Brother Sammy from an evil spirit. I want you to disregard that story. There is no truth in it.

God gave me a prophesy to be given to him and I did just that. And the prophesy was that, He God wants to add another gift of the Holy Spirit unto his already existing Grace. He wants to make him (Brother Sammy) an Evangelist of the Cross and that, he should wear the amour of Christ and that of the Evangelism gift, in preparation of the anointing and put away the old him.

I never said Brother Sammy is evil. He can never be an evil person. Brother Sammy is an ordained man of God whó true his worship God is saving many. For crying out loud, I have never organised any program without puting Brother Sammy on it. I really respect his Grace of the Holy Spirit and have always love Sharing stage with him. Brother Sammy has visited my Prayer Camp for more than three times and have shared stage with him on other platforms severally. I would not have invited him to my programs if I believed he is evil.

Please people of God, let’s disregard all the news making rounds. And proclaim or project the Name of our Lord Jesus Christ High. This is the plan of the devil to bring confusion to the Body and branches of Christ. Let us not allow the enemy to set confusion among us.

God bless you Brother Sammy. You are a brother and you will continue to be a brother. No weapon formed against you shall Prosper. Satan has his ways of denting the image of the called ones but once we have Christ, He will deliver us from all evil.

God bless you people of God. Please help share this Feed to all who have not heard this so they will not be infected by these ill stories making rounds.