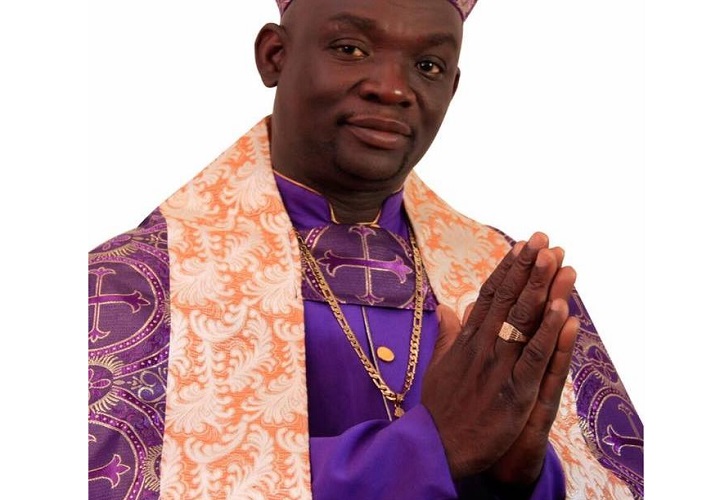 Schambach Amaniampong received the calling of God in 1983 with strong Prophetic-Apostolic GRACE. He started his ministry in 1989 and worked under Prophet Opoku Nsiah for 4 years. Apostle was born on 24th February 1966.

Apostle Schambach Amaniampong has trained two thousand warriors in the Spiritual warfare Institute and five hundred Students in the school of Impartation. The infant School being the Schambach School of Ordination has ordained Thirty Reverend Ministers within the space of eight Months.

He has been a powerful Prophet and an Apostle of God in Ghana West Africa for the past 17yrs. He is a man with a wife and five children. A great revivalist, a “Spiritual Bulldozer”. A man with the fear of the Lord. A solution career ordained by God. Apostle is very compassionate and has a vision of establishing an Orphanage and an educational institute. He has an N.G.O. namely compassion foundation.

He is called by God to raise leaders in the Kingdom of God and establish Ministries through out the world. Apostle is also called into an outreach ministry known as the Schambach Outreach Ministry International.

He is the President of the Ghana Chapter of the United Ministers Fellowship International. He has an outstanding radio ministry for the past five years, which reaches about fifteen thousand listeners every week. He is the Director of the spiritual Warfare Institute, Judah Prophetic Music School, School of Impartation, and the Schambach School of Ordination. He is a mentor of many men of God and the presiding Apostle for most ministries in Ghana.

Despise not your little beginning for God can raise you from zero to Hero. You are born to win and born to make impact in your generation and the generation to come.