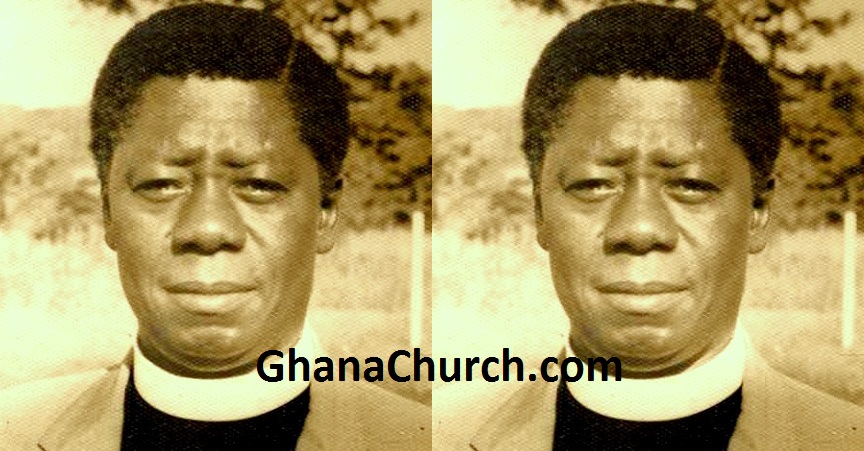 Josiah Cofie Quaye was born on August 6, 1915 at Winneba in the Central Region. His parents were Opanin Kwaku Okutan and Maame Akua Bortwiwa, both of Winneba. He lost his mother at the age of seven. His father also died in 1935 when he was twenty years old. His uncle, Papa H. C. Sanneize adopted him and sent him to Lagos, Nigeria in 1924.

Education and Employment
He started his education in Lagos, Nigeria. In 1928 they moved to Enugu, Eastern Nigeria, where he continued his education to primary six. In 1932, Uncle Sanneize retired and returned to the Gold Coast the same year. Young Quaye was privileged to continue his education at the Methodist Senior School, Winneba, where he completed in 1936. In 1937, he worked with Mr. J. K. Arkaah, an uncle of Mr. Ekow Nkensen Arkaah, one time vice president of Ghana.

Conversion and Call into the Full-time Ministry
He got converted to the Apostolic Faith on April 7, 1938 from the First Century Gospel Church. On the same day he gave his life to the Lord, he also received the baptism in the Holy Ghost. In 1941, he was called and ordained a deacon, and in 1942 he was ordained an elder of the Winneba assembly.

In 1943, Josiah Coffie Quaye was enlisted on Pastor James McKeown’s evangelistic team where he worked with Pastor Sercombe, an Apostolic Church missionary. Their evangelistic mission started from Wassa Simpa, through to Tarkwa and Dunkwa-On-Offin. It was during the trekking that he was called into the full-time ministry at Wassa Simpa in September 1943 as an overseer.

On September 23, 1943, Overseer Quaye reported at his first station Azane-Ahanta in the Western Region. From there, he opened assemblies at Sekondi-Takoradi and Axim as well as nearby villages and towns. At a Pastors’ Council meeting at Agona Swedru held in October 1948, Pastor Quaye was ordained the first Prophet of the Apostolic Church in the Gold Coast. In 1956, he was called to the office of apostle and posted to Cape Coast as Regional Head.

In 1951, he was appointed a member of the first Executive Council of the Gold Coast Apostolic Church. Other members were S. M. Hammond, J. A. C. Anaman, S. R. Asomani and Pastor James McKeown.

Marriage
In October 1948, he got married to Miss Clara Anim (née Clara Anim) of Adukrom-Akuapim at Koforidua. Pastors James McKeown and J. A. C. Anaman officiated the marriage. The marriage was blessed with six children (three females and three males). The wedding was witnessed by Fred Diabene Walker and his wife Florence, who was Clara’s cousin.

Ministerial Challenges
According to his daughter Esther Quaye, her father’s major ministerial challenges were inadequate finances for the work and lack of transportation to enable him to trek to the hinterlands to break new grounds.

Significant Contributions of Apostle Josiah Coffie Quaye to The Church of Pentecost
• Being one of the pioneer ministers of the Church, he established churches in several un-evangelized towns and villages.
• As the first full-time minister of the Church in the Western Region, he planted churches in various parts of the Region.
• As the first ordained prophet of the Church, he helped to develop the prophetic ministry of the Church. His prophetic ministry extensively guided the Church.
• In his funeral tribute, the church leadership described Apostle Quaye as a stalwart and gallant servant, whose prophetic ministry was so effective that it helped put the church on a sound footing. It further noted: “Pastor Quaye was patient in taking decisions, unassuming yet firm. He exhibited the ministry of an evangelist, counselor and teacher.”

Retirement and Death
After serving for forty-one (41) years, Prophet J. C. Quaye was retired from active service at Dunkwa-on-Offin in August 1984. Thereafter, he settled at A-Lang, a suburb of Accra and died on January 5 1986 at the age of seventy-one (71).

Credit: The Church of Pentecost Worldwide