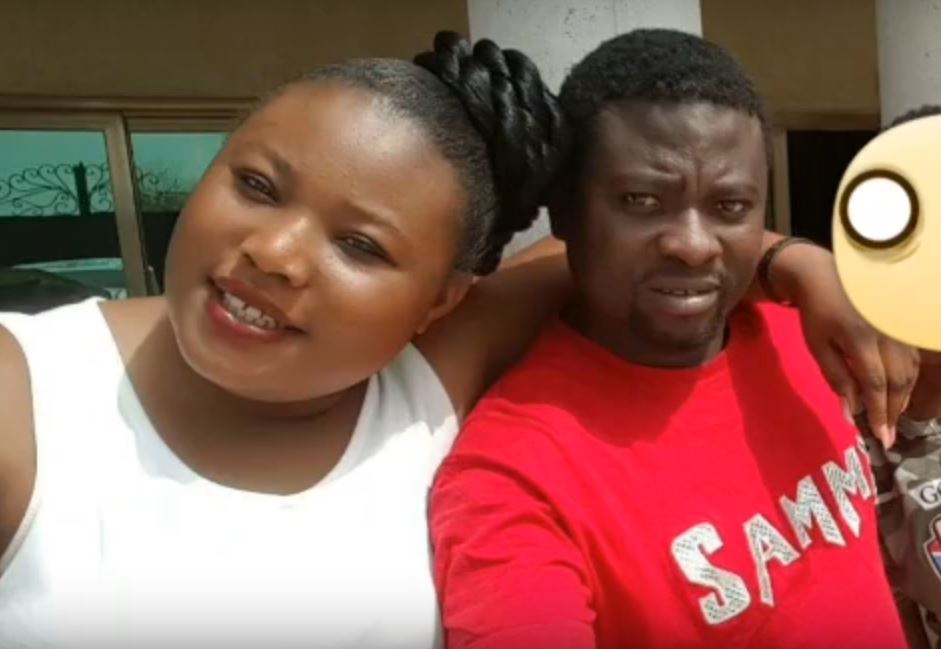 According to GhanaPa.com analyst, Brother Sammy, a popular gospel musician based in Kumasi and known for his impressive live worship performance was caught up in an embarrassing a Ghanaian born UK-based gospel singer called Ohemaa Jacky, who conceived for Brother Sammy about a year ago and this has resulted to “World Cup” on social media.

As you can see from video below from GhanaPa.com, it shows most of the people in this Sammy-Jacky world cup are enemies of popular Ghanaian gospel musician Brother Sammy. Some even got the chance to walk with him, thinking they can also be famous but because of their philosophical evil thinking and hidden agenda, they failed to be recognised by Ghanaians.

Therefore, they are not ready to celebrate Brother Sammy.
How can two people sin and one is hated the most?, even the slap of Cecilia Marfo wasn’t their issue but they took it as “world cup”.

“Sammy’s issue was true but I didn’t want to talk to any media house because I was in a crucial moment then. I wanted God to save me first before I comment on the matter. It is true that Sammy impregnated me but because of spiritual matters, I lost the baby” – Jacky

The “Hakuna Matata” singer thanked God for her life because she believes she would have been dead by now had it not been the intervention of God.

Some art critics have shared their thoughts on the issue. One of such reads:
In as much as we condemn Bro Sammy alleged actions, were the women right to be in such sexual affair with the singer? It is noted that most of these women happen to be Christians too especially the other Singer, Ohemaa Jacky.

The question is are they not Christians to also follow the Bible teachings of avoiding themselves and staying away from fornication? Are they not being taught to stay away from infidelity until married? Again, were they forced to sleep with the worshipper?

Why the complaints now simply because…(we deserve to know their intentions though) Assuming somebody as Ohemaa Jacky was married later by Bro Sammy, would she have come out to tell the world the fornication involved between them before the assumed marriage?
Both Bro Sammy and his accusers must bow their heads in shame and apologize to the Supreme Being they serve.

Watch Video Below for details: