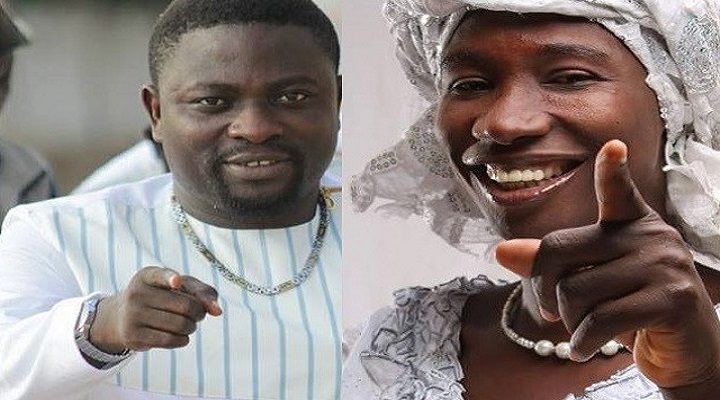 Report reaching GhanaChurch.com shows that, Brother Sammy, a popular gospel musician based in Kumasi and known for his impressive live worship performance as “The Nation Worshipper” revealed on Highlife Radio, God has given him the green light to talk about the Cecilia Marfo slaps in Public.

According to GhanaChurch.com analyst, Ghanaian gospel musician who doubles as a Prophetess of God, Cecilia Marfo held a praise concert at the Baba Yara Sports Stadium in Kumasi, which has got people talking following an incident involving gospel musician Bro. Sammy.

The concert dubbed 2017 TsooBoi Praise was a success as the award winning artiste climaxed the event with a powerful deliverance session.

In the course of the event, Cecilia Marfo called her fellow gospel musician Brother Sammy onto the stage. In a viral video, she was captured taking off a necklace worn by the musician and strictly warning him to desist from acts that are ungodly so that God can use him greatly.

Among artistes who performed at the show included Brother Sammy, Ernest Opoku, Opiesie Esther, Mabel Okyere, Akimedes, SK, Wambantem and many others.