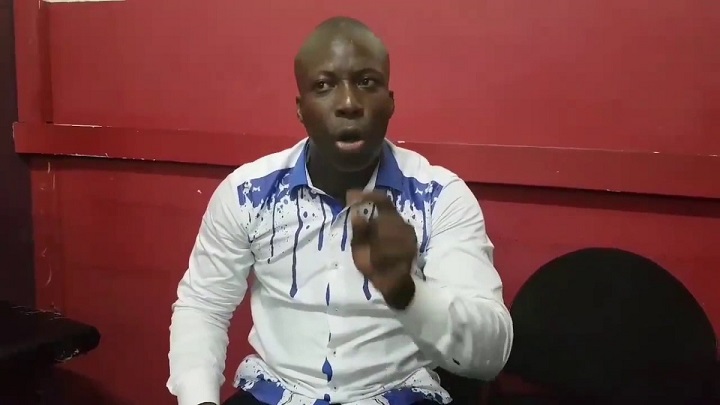 Fans of dancehall artiste, Priscilla Opoku Kwarteng, known in entertainment industry as Ebony Reigns have threatened to burn down the church of Prophet Kumchacha.

Prophet Kumchacha (Nicholas Osei) who is the Founder and Leader of the Heaven’s Gate Ministries says he has received threatening messages on Facebook from some German-based fans of the artiste.

The fans of the artiste are unhappy with what they described as disparaging remarks made by Prophet Kumchacha against the dressing of Ebony.

According to him, though a complaint has been lodged with the police station he failed to disclosed, no one has been arrested in connection with the threat.

“I have been a critic of Ebony Reigns and not attacked her or insulted her but just when I criticized her sometime back I started receiving threatening messages from some fans in Germany saying that they will come and burn down my church.

“I asked them what my crime was only for them to tell me that they are planning to burn down my church because I have attacked their celebrity. I have reported the issue to the Police just in case they go ahead with their plans they can be arrested wherever they are” he said.

The outspoken man of God disclosed this in an interview on KOFI TV.

He wondered why the fans will threaten him when he has no qualms with the singer.

“Why should these useless guys in Germany threaten me when indeed Ebony and I are very good friends. I have no issue with the singer but only thought it wise to criticize her dressing. If that is how fans behave, then pastors who speak their minds will have their churches burnt” he noted.