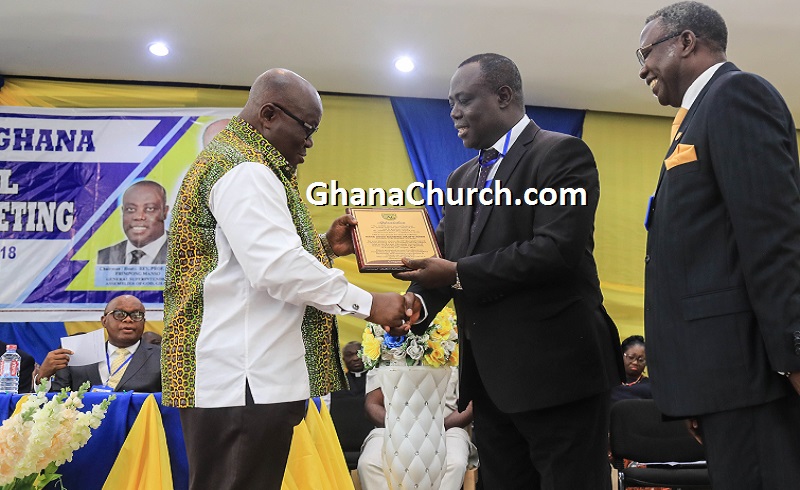 Rev. Prof. Dr. Paul Frimpong Manso, member of the board of trustees supervising the National Cathedral project has rejected suggestions that the proposed architecture for the cathedral be amended to accommodate other religions.

First of all, “This is the decision from the President, he didn’t say ‘I am making an interfaith centre’. He said ‘I was building a cathedral for Christians’,” Rev. Prof. Dr. Paul Frimpong Manso told Raymond Acquah on Upfront programme Thursday.

So, at a time when the controversy about where the construction of a National Cathedral should be built and how much of it should be borne by the taxpayer deepens.

The Chief Imam’s spokesperson is proposing an interfaith center instead.

Because, Sheik Aremeyaw Shaibu believes a National Cathedral will only serve Christians while an interfaith centre could have both mosque and church to serve the two largest religions in the country.

Almost, he explained that the Cathedral will be used for all formal state occasions of a religious nature.

Such as presidential inaugurations, state funerals, and national thanksgiving services.

Above all, the Muslim man believes whatever edifice will be put up should serve both religions, not one.

Even more, he added that “So if I have been requested to propose.

So, I would have proposed that we have a national edifice in the form of a national dialogue or interfaith dialogue center in which you can have a church, a mosque and then an auditorium.”

Most noteworthy, in Sheik Shaibu’s view Ghana, which has become a model of interfaith harmony and peace, must do things that portray such reputation.

Due to, they should make an appeal to the president to ask for their piece of the pie.”

Most noteworthy, Regarding whether the committee has the right to make amendments to the original proposal, he said, “as for me I will not even agree if I have the right.”