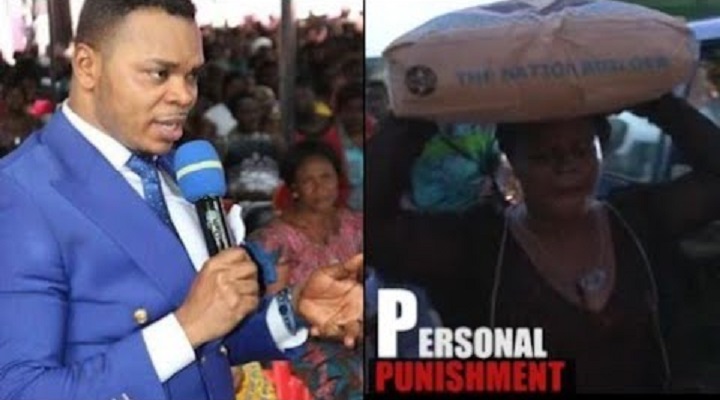 Bishop Daniel Obinim, Founder of International God’s Way Church also known as Angel Obinim asked a woman in his church to carry one bag of cement for rejecting a lotto number he gave to her.

According to GhanaChurch.com reporter, Bishop Daniel Obinim appeared to the woman two times and during these two occasions he turned into a small boy and a grown up person, asking the woman for money and the woman gave the money to him.

Because  of this kindness the woman showed to him when he appeared to her, he thought it is wise to give the woman a lotto number but the woman refused to stake the number and therfore Bishop Obinim decided to punish her for disobeying him.