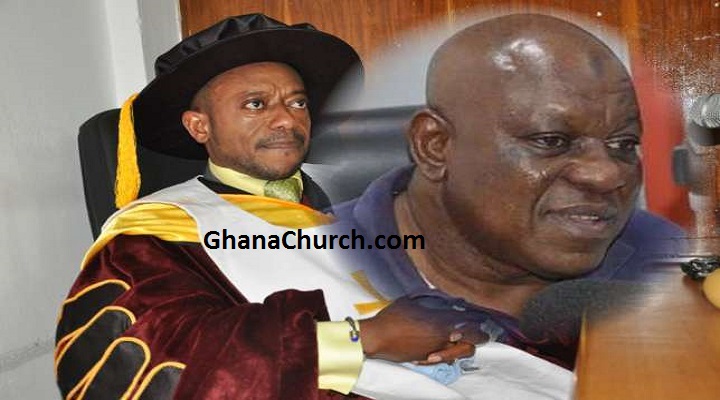 Founder of Glorious Word Ministry, Rev Isaac Owusu Bempah on 31st December 2017 during a Watch Night service predicted the death of a popular journalist in Ghana if prayers are not offered to avert it.

It’s been five days since the prophecy was made and already Ghanaians are hit with the sudden death of the Managing Director of the Al-Hajj Newspaper, Alhaji Bature Iddrisu.

Alhaji Bature, a journalist with decades of practice and an avid member of the opposition National Democratic Congress, according to reports, hit his head on the floor two weeks ago in his house and was admitted at the Korle Bu Teaching Hospital where he died this afternoon, January 5.

According to Owusu Bempah, there are plans in the spiritual realm to terminate the life of the said journalist and will materialize if serious prayers are not said to divert them.

“This concerns a particular radio station in Ghana, I won’t mention the name but I will go and speak with its leadership after this. I saw a black cloth covering the radio station and the sound of wailing and tears over there. Someone very popular is at that station who will be buried this year by the radio station if prayers are not offered. I know that radio station but I won’t disclose the identity, I’ll just speak with the necessary people and make sure they pray about it,” he said.

Although he said the journalist will be from a radio station, it’s likely possible it wasn’t a radio station per say as visions can sometimes be interpreted wrongly.

The question on the minds of many is can the death of Alhaji Bature be linked to Owusu Bempah’s prophecy? If yes, what is your opinion on his prophecies?.