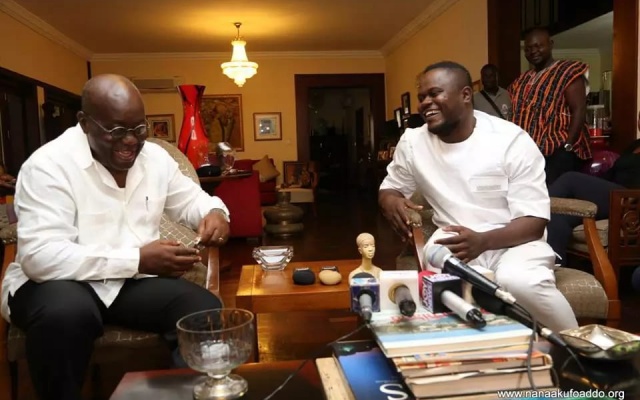 The President of Ghana has regretted inviting Ghana’s Dancehall King, Shatta Wale to the seat of government, this is according to gospel artiste, Cwesi Oteng.

Cwesi Oteng who was speaking on GhOne TV indicated that Shatta Wale has lived a contradictory life sending wrong signals and messages to the youth rather than encouraging them to greatness.

Cwesi Oteng indicated that the ‘Kakai’ hitmaker has been irresponsible with his dealings.

He said, “So I think that it’s quite very irresponsible of him as much I respect him, he is a very influential artist in Ghana”.

Shatta Wale after visiting the President has attacked Nigerians with vulgar language, give gunshot warnings, motivated the youth to smoke wee which is illegal in Ghana and have also assaulted his worker.