Some unidentified youth have attacked Rev Owusu Bempah’s Church over his ‘doom’ prophecies about some prominent Ghanaians during his watch night service on Monday.

The leader of the Glorious Word Ministry made some chilling revelations about the fate of some leaders in Africa, especially Ghana.

Rev Isaac Owusu Bempah made about eighteen revelations, which according to him were divided into two, the 5th realm and 7th realm prophecies.

He preluded by emphatically stating that 2019 will sweep off “prominent and mighty men in Ghana and some neighbouring countries.”

According to him, he stated that some prominent people, including an ex-president and a former first lady, would die in the course of the year.

The prophet also stated in his revelation that a National Islamic funeral beckon which would be the funeral of a Vice President of a sitting president and a Chief Imam, if nothing is done to avert the doom.

One of the most controversial prophecies had to do with the fact that God had linked the longevity of Nana Addo’s life with the construction of the National Cathedral, thus a successful completion of the cathedral would mean a long life for the President.

But some young people who are not enthused by the prophecies attacked the Glorious Word Ministry at Busia, near Odorkor Wednesday afternoon.

The security man at the church is seen in a video fleeing for his life with just a towel wrapped around his waist.

The attackers were seen destroying the billboard of the church before breaking into the church premises.

“If the pastor no come out to apologize what he say, we’ll teach them a lesson,” one of the attackers is heard saying in the background.

“Come and let’s break the signboard,” another said in Hausa.

It is however not yet clear the exact prophecy that invigorated the attack. 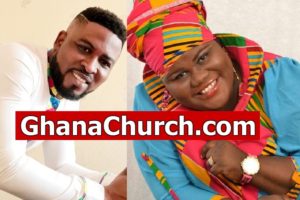 The outbreak of còrònavìrus was not able to stop the outspoken and contentious TV iconic host Richard Dapaah, popularly know as “Osikani”. He is an entrepreneur and TV Personality, who currently hosts the popular award-winning TV show in Europe called “Abrabo Talk Show“. But, in times of còrònavìrus outbreak, Osikani Dapaah dropped single track titled […]