The Foundation Of The Church is Jesus Christ – Yeshua HaMashiach 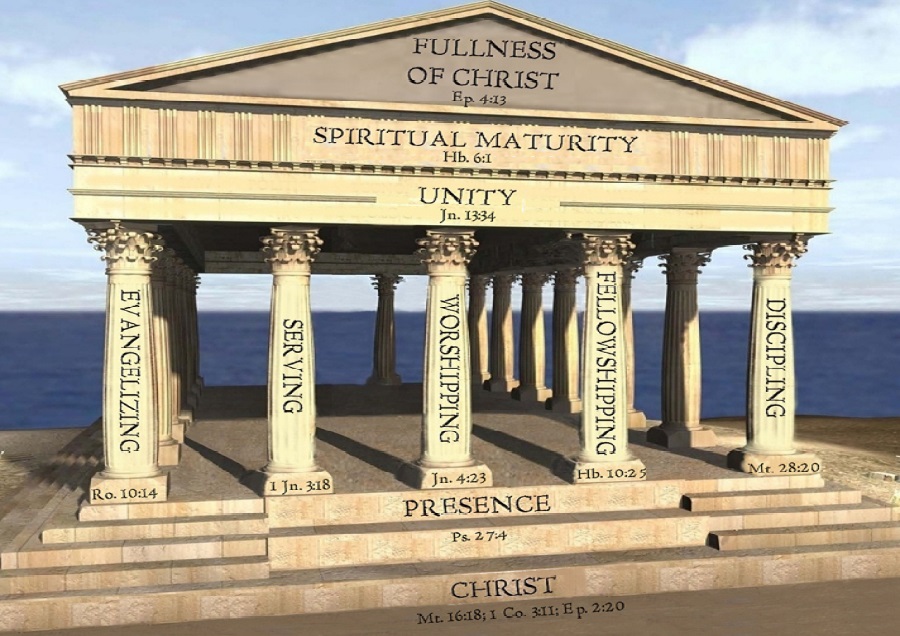 For no man can lay a foundation other than the one which is laid, which is Jesus Christ.

Therefore thus says the Lord GOD, “Behold, I am laying in Zion a stone, a tested stone, A costly cornerstone for the foundation, firmly placed. He who believes in it will not be disturbed. – Isaiah 28:16
God used “types and shadows” of things that would come under the gospel of Christ.

The temple built in the days of Solomon was a place of praise and worship to God.

That building was built according to a pattern, and when it was completed according to God’s design, He symbolically took up residence in that temple (1 Kings 8:10).

For this is contained in Scripture: “BEHOLD, I LAY IN ZION A CHOICE STONE, A PRECIOUS CORNER stone, AND HE WHO BELIEVES IN HIM WILL NOT BE DISAPPOINTED.” – 1 Peter 2:6

“For no man can lay a foundation other than the one which is laid, which is Jesus Christ.”

“I also say to you that you are Peter, and upon this rock I will build My church; and the gates of Hades will not overpower it.

having been built on the foundation of the apostles and prophets, Christ Jesus Himself being the corner stone,

For we are God’s fellow workers; you are God’s field, God’s building.

you also, as living stones, are being built up as a spiritual house for a holy priesthood, to offer up spiritual sacrifices acceptable to God through Jesus Christ.

According to the grace of God which was given to me, like a wise master builder I laid a foundation, and another is building on it. But each man must be careful how he builds on it.

And thus I aspired to preach the gospel, not where Christ was already named, so that I would not build on another man’s foundation;