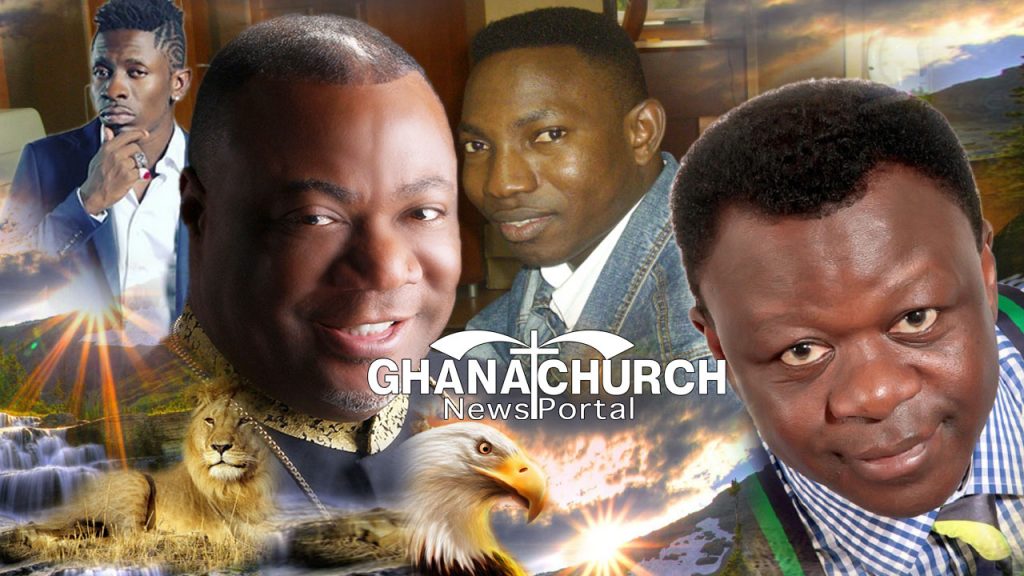 Information reaching AfricaChurches.com through GhanaChurch.com, indicates that Shatta Wale, the Ghanaian dance hall artist, Archbishop Nicholas Duncan-Williams and Rev. Eastwood Anaba are been exposed of their spiritual secret through the weeping Prophet Jeremiah based in Germany.

According to GhanaChurch.com analyst,God revealed to the weeping prophet about a new move of the HOLY SPIRIT that is about to take place in Ghana Christianity.

He was shown in a vision that the dance hall artist Shatta Wale will be a preacher but Archbishop Nicholas Duncan-Williams and Rev. Eastwood Anaba are chosen vessels to initiate people in this new wave or move of God.

Prophet Jeremiah, the “Weeping Prophet” said his prayers towards Christians who are diverting was answered through the vision he saw.

Weeping Prophet Jeremiah, who is the founding leader of OFM worldwide and current executive director of Oil Field Ministries – OFM.

He said his spirit was lifted by the Spirit of God into a place where he saw himself in a corridor, he was looking for Archbishop Nicholas Duncan-Williams and there he met Rev. Eastwood Anaba who directed him to where the Archbishop was.

The weeping prophet went further to describe how he saw the Archbishop Duncan-Williams in a room, and then the Archbishop brought him into another room.

In this room was an “altar”, a place where Leaders/Ministers of christian bodies will kneel down for consecration or anointing.

Archbishop was empowering Pastors under the influence of the Holy Spirit.

Therefore, this confirmed that The Archbishop is one of the key people to initiate others into the new supernatural move.

Pastor Eastwood Anaba, the founder and leader of Fountain Gate Chapel Worldwide is also favoured in this move of the Holy Spirit.

Some of the people who will experience this move, are people not regarded or regarded in the country of Ghana.

Because, in his vision most of these people were initiated into the move on the “altar” by the Archbishop.

This moved Prophet Jeremiah to speak about Pentecostal and Charismatic move, it is a supernatural move that never existed.

Hence, in another revelation, the weeping Prophet said he was taken by the spirit of God to another place.

where he found Shatta Wale in an unpleasant condition but God used the prophet to encourage him.

Because, Elohim is about to use him (Shatta Wale) mightily for his work.

Finally, Prophet Jeremiah sent out these message through audio-video to reach out to the two great Men of God; Archbishop Nicholas Duncan-Williams and Rev. Eastwood Anaba, as well as Shatta wale to get ready for the new move that is about to take place.