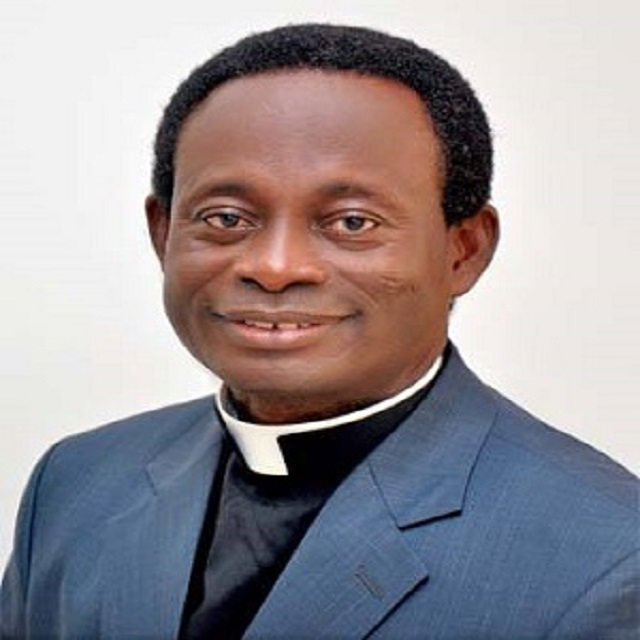 Kwadwo Nimfour Opoku Onyinah (born July 22, 1952) is a Ghanaian theologian, a minister and televangelist, who chairs a renowned Pentecostal church, the Church of Pentecost in Ghana.
He is a holder of a Doctor of Philosophy in Theological Studies from the University of Birmingham (2002) and a Master of Theology in Applied Theology at Regents Theological College.

He joined the ministry of The Church of Pentecost in 1976 and has served in various positions including Rector of Pentecost University College, Executive Council Member, International Missions Director, and an Adjunct Lecturer at the Pentecost Bible Training Centre (now Pentecost Theological Seminary).

Early life and education:
Rev. Opoku Onyinah was born to Opanin Kwame Onyinah and Maame Rebecca Akosua Addai of Aduman about 7:00 am in a local maternity home in the town. As per Akan tradition, he was named after his grand-uncle, a popular chief of Dwumakyi village called Opanin Nimfour. He grew up with the name “Koofour” an abridged form of Kwadwo Nimfour.

22 July was adopted as his official birthday though his Catholic Baptism Certificate bears 24 July as his birthday. He started his basic education at Yamfo Presbyterian Primary School and completed Middle Form Four at Yamfo Catholic Middle School. He was trained in Carpentry and joinery in Sunyani Technical and Tamale Technical Institutes. His calling into pastoral ministry in 1976 enable him to acquire a master of theology in Applied theology in 1998 and Philosophy in Theological Studies from University of Birmingham in 2002

Opoku Onyinah’s rich academical contribution to theology in Africa has won him prestigious laurels. He was promoted as an Associate Professor in 2016. In a citation in his honour written by the current general secretary of the Church of Pentecost, Rev. Nana Yaw Kumi Larbi states that;

“It is with great honor and pleasure that we officially announce the promotion of the Chairman of The Church of Pentecost, Apostle Dr. Opoku Onyinah, to the academic rank of an Associate Professor.” – By Aps. Alexander N. Y. A.Kumi-Larbi”
Employment and Full Time Ministry
Apostle Prof. Opoku Onyinah was employed by the State Construction Company as a Regional Estimator before his ultimately call into the full-time ministry of The Church of Pentecost in 1976.

His first ministerial station was a District Overseer to Wa District from 1976-1981 in the Northern Region. Then transferred to Kumasi as District Pastor from 1981-1984, He served as Ashanti Regional Head from 1984-1986, he left Ghana to London-UK for further studies from 1986-1988. His return to Ghana saw him appointed as the Koforidua Regional Head from 1988-1991, he became the first International Missions Director (IMD) for the church from 1991-1996, he continued theological studies at London-UK from 1996-2002, he was appointed principal to Pentecost Bible College which subsequently upgraded to Pentecost University College as its first Rector from 2002-2008 and finally as Chairman of The Church of Pentecost-Worldwide from 2008 to Date.

Chairmanship:
Apostle Opoku Onyinah was elected as the chairman of the church of Pentecost in the year 2008. He succeeded Apostle Michael Ntumy through election. He won 2/3 of the total vote cast. The chairmanship comes along with critical responsibilities. As a chairman, Apostle Onyinah performs the following functions;

He was re-elected in the 40th General Council Meeting held at the Pentecost Convention Centre (PCC) at Gomoa Fetteh in the Central region. He obtained 77.3% of vote cast at the council meeting which enabled him a five-year leadership mandate.

Prof. Opoku Onyinah also chairs the Ghana Pentecostal and Charismatic Council. He is deputized by Sam Korankye Ankrah. He is a member of the National Peace Council along with Prof. Emmanuel Asante and Bishop James Saah.

Academic Publications and Books
Rev. Opoku Onyinah is prolific writer with so many publications to his credits. Among them are the listed few.