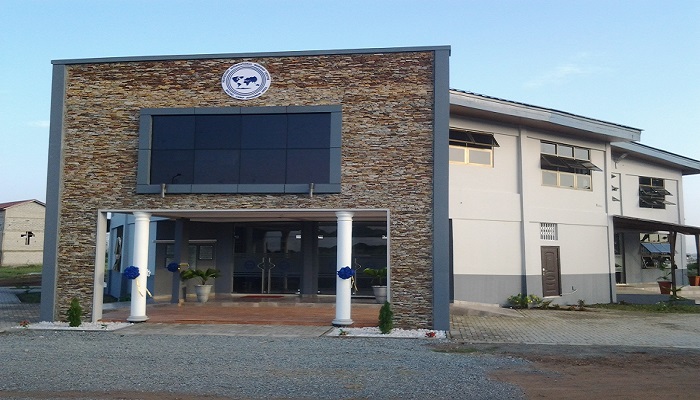 The GH¢1,394,964.70 edifice comprises of the main auditorium, conference hall, Administrator’s office and other offices for the Resident Minister, District Secretary, among other facilities.

Speaking at the service on the topic, “The Desecration of the Temple,” the General Secretary entreated Christians to rededicate their lives to the Lord and desist from all forms of abominable acts.

Using Ezekiel 8:1-18 and Ephesians 2: 19-20 as his main Bible texts, Apostle Kumi-Larbi indicated that several abominable acts were committed by the Israelites. According to him, their elders led the process of deceiving the entire nation into idol worship rather than worshiping the Almighty God, thereby attracting His wrath.

Expounding further, Apostle Kumi-Larbi posited that these same abominable acts such as selling of anointing oil and bathing of women by some male pastors in the name of ‘spiritual directions’ are been perpetuated in these end times.

The General Secretary admonished the congregation to preserve their bodies as unique habitation for God and have their mind fixed on Him alone, saying, “God punishes generations who commit abominable acts unless they repent.”

He explained that God’s temple serves specific purposes such as a dwelling place, offering of sacrifices, house of prayer, consecration of sins and a place of union.

The Michel Camp PIWC was inaugurated in 2014 by Apostle Nene Ahorlu Ofoe Amegatcher, the then Ashaiman Area Head. It started with a total of 355 members with Pastor Henry Sowah Ako-Nai serving as the first Resident Pastor. The assembly initially started as English Assembly in the Michel Camp District in 2008 under the leadership of the then District Minister, Pastor Alexander Nana Yaw Kumi-Larbi, now Apostle and current General Secretary of the Church.

The Ghana Armed Forces allocated 10 plots of land within the Michel Camp in 2008 for the construction of a church building. The sod cutting ceremony was performed by the then Area Head, Apostle Daniel Noble Atsu in 2009.

The following personalities were appreciated for their roles in the realisation of the project. They include Mr. Richard Dugan and family, Lt. General Obed Boamah Akwa (the Chief of Defence Staff, GAF), Capt. (GN) Paul Adjei-Djan (Director, Religious Affairs, GAF), Col. B. B. Owusu, Col. F. D. Ntril, (all former Commanding Officers, 1BN).