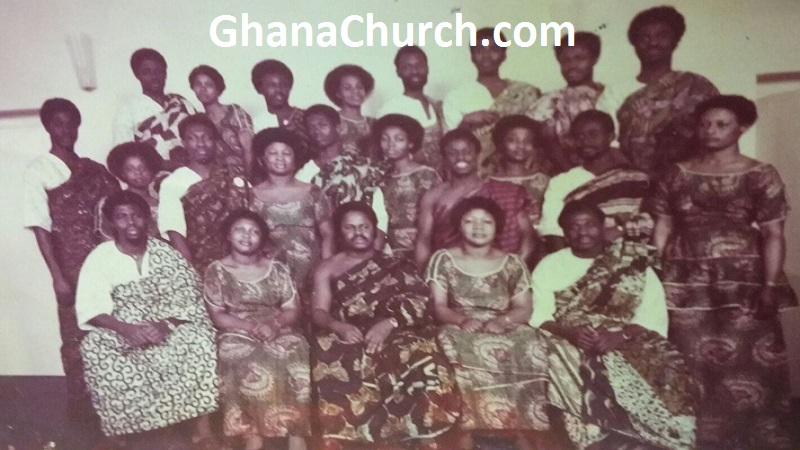 Long before there was a church building, there were people. Four African Adventist (Pierson Owusu, Bright Okyere, Abraham Mintah and Maxwell Owusu) met at the Dehnheide SDA church on a Sabbath in August 1980. After the church service they met and introduced themselves to each other and they found out that they were all Ghanaians from different Churches in Ghana.

Meanwhile Pierson Owusu hinted that he had heard there are some Ghanains who attended church service at another Adventist church at Grindelberg. So the Dehnhaide group decided to join those at Grindelberg the following Sabbath so that they would all worship together.

On the following Sabbath, they met Paul Okyere and his wife Florence Okyere, who told them Paul Osei Agyemang and his wife Margaret Agyemang are also at Grindelberg, however they could not make it to church that Sabbath.

After the church service, the six-people met and finalized that from that day they were all going to attend church at Grindelberg. The following Sabbath Paul Osei Agymang came with his wife so they numbered six brothers and two sisters who formed the nucleus of the present Ghana Seventh-day Adventist church in Hamburg.

The group met every Sabbath afternoon at the house of Paul Okyere and his wife who lived near the Grindelberg church. Pierson Owusu and Abraham Mintah led the group in the study of the Sabbath School lessons while Maxwell Owusu taught the group songs.

Soon the group started street and house-to-house evangelism and through that they had contact with other Adventists in Hamburg who later joined them in worship.When they numbered about twenty, they decided to start their own Ghanaian church and with the help of the Hansa Conference, Pastor Mato Haluzan was appointed their first Pastor in 1980.

In 1983, the church organised the first official evangelism programme and won 8 new members. The group experienced such rapid growth that by September 1983 their number had swelled to 47. Therefore, the Hansa Conference ordained the group as full-fledged church on 24th September 1983.

Later the conference offered Charlottenstrasse 24 in Hamburg as a permanent place for worship on January 18, 1997. The demands of a growing Church soon required the full-time services of Pastors. Therefore, the church requested for a resident Ghanaian Pastor and in 1998, Dr. Emmanuel Osei became the first Ghanaian resident Pastor. He was then succeeded by Pastor Elijah Nyamaah (September 2003- October 2016) and Pastor Dan Owusu (August 2016 to date) respectively.

Around October 2005 under the leadership of Pastor Elijah Nyamaah, the North Germany Union in collaboration with the Hansa Conference sold to the church a permanent place of worship. Thus, through God’s providence and assistance of Hansa Conference in Hamburg, a newly built modern edifice was dedicated as permanent place of worship on May 7, 2011.

Today, the members of the Hamburg Ghana SDA Church are a diverse group of members. There are over 400 baptized adults and 100 children. The church caters not only to the Ghanaian community of the Hamburg, but to the wider community as well, welcoming all those who wish to join us in worship, study, and praise. It is the Guiding Hand of the Omnipotent Master that has brought the Hamburg Ghana Seventh-day Adventist Church THIS FAR BY FAITH.

“Then Samuel took a stone and set it up between Mizpah and Shen, and called its name Ebenezer, saying, “Thus far the Lord has helped us.” – 1 Samuel 7:12 (NJKV)