History of Assemblies of God Church Ghana And Abroad 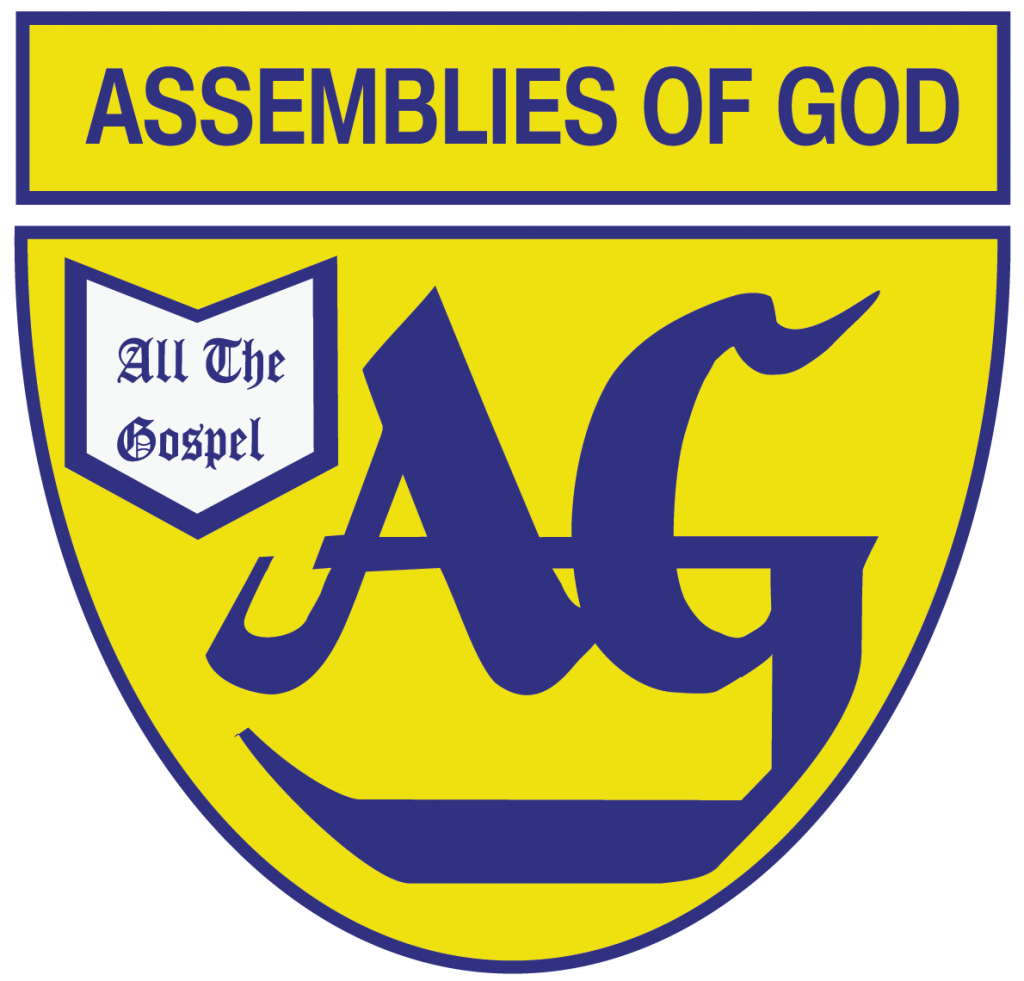 The Assemblies of God denomination has its roots in the religious revival that started during the late 1800’s and continued through the early 1900’s. The revival was characterized by a widespread experience of spiritual manifestations such as speaking in tongues and supernatural healing, giving birth to the Pentecostal movement.

a prominent figure in this history is Charles Parham. He started a Bible School in Topeka, Kansas, where students came to learn about the Word of God. There he emphasized the Baptism in the Holy Spirit as a key factor in one’s walk of faith. During the Christmas holiday of 1900, Parham asked his students to study the Bible to discover the biblical evidence for the Baptism in the Holy Spirit. At a prayer meeting on January 1, 1901, they concluded that the Holy Spirit Baptism is expressed and evidenced by speaking in tongues.

From this experience, the Assemblies of God denomination can trace its belief that “Speaking in Tongues” is the biblical evidence for the Baptism in the Holy Spirit. The revival quickly spread to Missouri and Texas, and eventually to California and beyond. Pentecostal believers from around the world gathered at the Azusa Street Mission in Los Angeles for a three year (1906–1909) revival meeting.

Another important meeting in the denomination’s history was a gathering in Hot Springs, Arkansas in 1914, called by a preacher named Eudorus N. Bell. As a result of the spreading revival and the formation of many Pentecostal congregations, Bell recognized the need for an organized assembly. Three hundred Pentecostal ministers and laymen gathered to discuss the growing need for doctrinal unity and other common goals. As a result the General Council of the Assemblies of God was formed, uniting the assemblies in ministry and legal identity, yet preserving each congregation as a self-governing and self-supporting entity. This structural model remains intact today.

In 1916 a Statement of Fundamental Truths was approved and adopted by the General Council. This position on the essential doctrines of the Assemblies of God denomination remains virtually unchanged to this day.

The Assemblies of God ministries have focused and continue to concentrate on Evangelism, Missions and Church Planting. From its founding attendance of 300, the denomination has grown to more than 2.6 million members in the United States and over 60 million overseas.

HISTORY OF ASSEMBLIES OF GOD, GHANA

Some others who joined later were Florennce Blossom, Henry Garlock, Eric Johnson and Thelma Godwin. The zeal of these early missionaries was so strong that they consistently worked and witnessed for the Lord under very harsh conditions and in hostile environments.

The likes of Bushwalker and Guy Hickock died in 1942 on the mission field. Branches of the church were established at Tamale and Walewale in 1935 and Bawku in 1937. Bro. Mba Mahama was the first Mamprusi Christian to be converted in 1939. On December 13, 1948, the Assemblies of God aeroplane, ‘’Ambassador’’ landed in Accra bringing the Wheeler Andersons, Rody Johnson and Ozella Reid to join the missionary family in the Gold Coast.

BEGINNINGS IN THE NORTH

When the missionaries arrived, their preoccupation was to preach the Gospel of Jesus Christ. They soon realised that they were faced with the daunting and enormous task of fighting hunger, disease, poverty and illiteracy. To give practical meaning to the Biblical teaching of caring for the needy and alleviating the suffering of the people, the female missionaries organised literacy classes for the indigenous women whiles the men organised work crews teachings their male counterparts to make swish blocks, door and window frames, and roof trusses. This improved the economic lives of the people tremendously.

Rev. Lloyd Shirer served as community Development Officer in Tamale during the early days of the establishment of the Church. During the inception of the Church, the Shirers and Garlocks were aware of the needs of the Kokomba tribe, about 40 miles northeast of Yendi. The missionaries believed a medical work among the Kokombas would be a real asset to the whole mission as well as the needs of the people, many of whom had never heard the name of Jesus nor did they have any medical help closer than Yendi.

The first Bible School of Assemblies of God Ghana was opened in 1950 at Kumbungu in the Northern Region under the leadership of Rev. Fur Thomas. The first graduates of the School, Rev. Bewini, Agbango, Elisha Akurugu, Alo Joshua Kabba and Alhassan completed Pastoral training in 1951.

The Andersons found some printing equipment in Tamale and endeavoured to put it to use. This resulted in the establishment of the Assemblies of God Literature Centre (AGLC) located in Accra. It was dedicated by Rev. E. L. Phillips in 1970 to the glory of God.

The Literature Centre also catered for the literature needs in the sub-region. It published the first tentative Dagomba version of the New Testament in 1973. The translation was done by Rev. and Mrs. H. S. Lehman and an indigenous Pastor Daniel Wumbee.

In 1980 a book outlet known as Ghana Literature Outlet (GLO) was established now renamed Assemblies Bookshop Limited (AGBL) based in Accra. Currently, it has branches in Koforidua, Kumasi and Tamale. The Church published the first edition of its magazine called “Ghana Evangel” in 1959.

To bring theological and effective Bible Studies to the doorstep of its members and Christians, the Church adopted a distance learning program in 1970 called International Correspondence Institute (ICI), now Global University. The Church begun a radio ministry dubbed, ‘BIBLE TIME’ aired on (G.B.C) by Rev. James Kessler in 1968. Currently, a good number of our local Churches and Pastors are involved in radio ministry across the country.

Again, to strengthen its members in the faith, Assemblies of God Ghana organised Vacation Bible Schools for its students and all interested members around 1959. This continued for many years.

GROWTH IN THE SOUTH

All along the activities of the missionaries had been confined to the north. Southerners domiciled in the north on their return to the south shared the gospel with their kinsmen. This led to the establishment of Assemblies of God Churches. As a result, the Accra and Kumasi stations were opened in 1944, followed by the Takoradi station in 1945. Subsequently, the Southern Ghana District Council was inaugurated in 1950, a year after the official inauguration of the then Northern Ghana District Council.

The first indigenous person to receive the Holy Spirit baptism in the South was the late Rev. Edward Adutwum in 1942 who worked as a pharmacist in the North. He later became a pastor and the Church’s General Secretary. Rev. Peter Osei, one of the ministers of the church was ordained at the age of 70 years.

The first official General Council meeting was held in 1964. Prior to that, the Northern and Southern District Councils held their meetings separately. From Accra, Kumasi, and Takoradi the Church spread to the Eastern, Central, Volta and Brong Ahafo Regions.

Assemblies of God denomination has its roots in religious revival which is characterized by a widespread experience of spiritual manifestations.

Leadership Vison of The Assemblies Of God, Ghana
The Leadership Team of The Assemblies Of God, Ghana has as its Vision:
“To Make Assemblies Of God, Ghana a Model New Testament Church that relevantly meets the Spiritual, Social, Moral, Economic, and Civic needs of the People within the 21st Century Context.”
The Team, among other things, seeks to achieve this by developing a corporate strategic plan that will embody the following pragmatic issues:
To PRESERVE Our Pentecostal Heritage And Distinctive.
To PURSUE Aggressive Missions, Evangelism, and Church Planting.
To PROP Up Our links with Foreign Missionaries and other international bodies.
To PLACE The Organisation a higher pedestal by improving its website and making it interactive.
To PROJECT The image, values, and uniqueness of the Organisation through the establishment of the following: Multi-Media Dept., TV And Radio Programmes, Research Dept., and Periodic Magazine.
To PUSH Up Our commitment to other Christian and sister organisation such as G.P.C.C., GILLBT, Bible Society, Ghana Evangelism Committee.

To PROMOTE The Welfare of pastors by ensuring a sense of self-worth, sense of security, and sense of shelter; and also empowering them to fulfil their calling.

To PARTNER With Government, Civil Society, Traditional authorities And other Development. Stakeholders in the pursuance of the well-being of Ghanaians.

To PRESENT Ourselves as credible and prudent Administrators Of the resources of the Organisation with Integrity and Decorum.

Assemblies of God Ghana Bookshop
The Assemblies of God Bookshops Limited is a Christian bookstore chain established in Ghana on March 17, 1989. It was originally started as a marketing wing of the Assemblies of God Literature Centre 8 (AGLC), but later registered as a fully-fledged limited liability company in March 1989. The company has come a long way as a corporate body, having started from a base capital of GH¢1,039.00 to the current equity capital level of GH¢667,989.00 as at 28th February 2016. The company has eight branches located in Accra, Kumasi, Takoradi, Koforidua, Tamale and Ho, with current total staff strength of sixteen (16).

This achievement is very encouraging and the company hopes to work even harder in the years ahead to preserve and protect shareholders interest in the company.

The mission of the Assemblies of God Bookshops is to provide in Ghana, service of the highest standard in the distribution of sound Christian literature, Church supplies, and related products. The vision of AGBL is to:

Be a leading distributor of sound Christian literature, Church supplies and related products.
Remain innovative, ethical and successful in the offer of such services in Ghana, constantly looking for and seizing new opportunities in the business, and
Enable our customers including all members of the Christian Community, to have a wide choice of Christian literature and church supplies of real value.

Shortly after the June 3rd, 2015 floods in Accra, the board approached Liberty Assemblies of God church, Abeka for a shop space to relocate the Accra bookshop. Thankfully, the church board through the instrumentality of the Senior Pastor, Rev. Dr Sam Ato Bentil, readily made available to us a space they had already earmarked for a bookshop. AGBL still operates at the premises of the National Headquarters (Avenor) under a new arrangement, thus bringing the number of shops in Accra currently to two.

AGBL has virtually secured two other shop spaces on the premises of Tema Community 4 Assemblies of God and Glory Assemblies of God, Sakumono. AGBL hopes to build these two additional shops between now and next year and operate them under the same model arrangement we have for our shop at the Kumasi regional office. AGBL also hope to open new bookshops at regional centers such as Cape Coast, Sunyani, Bibiani, and Tarkwa. We covert your prayer support in these efforts.

AGBL has embarked upon the vigorous capacity building of our key staff members. Two staff of the Accra Bookshop, the Manager and Accounts officer were sponsored to pursue a first degree in Marketing and Accounting respectively. Thankfully, both have successfully completed the course. AGBL also has a five-member Board of Directors made up of Dr Kwabena Duffuor as Chairman, Rev. Abraham Obeng-Amoako, Vice Chairman, Mr. Raymond K. Mensah, Mr. Amos Amankwah, and Rev. John Darku as members, with Mr Emmanuel S. Goka as secretary. Mrs Adelaide Bunah is the General Manager of AGBL.

Brand visibility, stiff competition in the marketplace and increasing customer sophistication are some of the issues we are still confronted with. While recognizing the challenges of current and previous years, the board is confident in the company’s strategies, brands, and employees, and of course, the Almighty God to deliver sustainable value to shareholders.