God Will Use My New Album To Deliver People – Rev Gibson 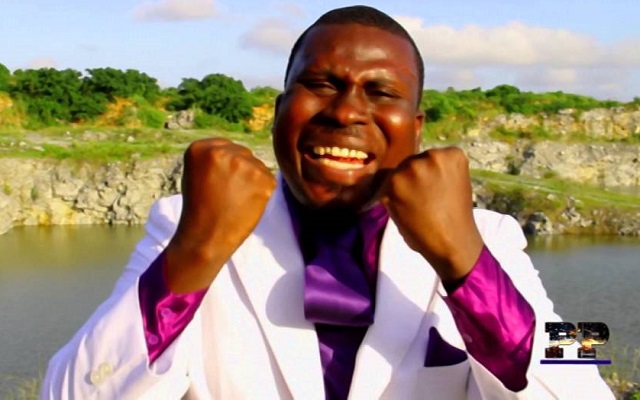 *Rev Gibson* launched a new inspirational Gospel Album’ *Mmre no so a na aso* The songs on this album is a study of providence and destiny but it is also an application of persistence and the will to overcome all odds both physical and spiritual.

Rev Gibson a sound engineer, a Powerful man of God,who started working with AB sounds’ as a sound engineer launched his new album ‘mmre no so a na aso’ stated on an interview show on GTV (the good morning show) ‘In all he was broken and betrayed many times but those were his path for success ,
The path to greatness ,his first hit song ‘ISRAEL NYAME’ ,inspired people across Ghana and Worldwide ,where many became rich today when poverty was their pal,Many are preachers today when they paid visits to shrines … Rev Gibson,is everything contrary to what life offered.

A powerful man of God with a voice of Authority over men and spirits Now’ *Mr Gibson* launched this current album in contrary,the concepts of this new tittle album ‘MMRE NO SO A NA ASO’ the stories of the sudden rise from rag to riches but only few of those whose bow to the song have the protagonist battling life and death each passing day,This album is a battling song and voice over evil ,As he urge and recommend to everyone He declares through this song to fight pain and struggle,one of adversity and betrayal.

A song over attacks ,disappointment and failures. The Album is a steely determination and desires to rise from the armpit of society to the echelons of power, Rev Gibson, Hitmaker of the song ‘ISRAEL NYAME’ which sells in many markets inspiring both Christians and Non-believers today, he had so many platforms to talk to people through song manifestations And everyone is recommended to grab this album *Mmre no so a na so* If you doubted how a gate man called Mordecai became the second in command in Susa,Now present day Iran or Now Joseph transitioned from prison to prime minister Role in Egypt in just one day looked no further because this song of Rev Gibson will provide a perfect scene of God’s Providence through his newly launch Album Get the album ‘MMRE NO SO A NA ASO’ now!