The visit by Rev Anaba, who is the spiritual father of Gifty Anti, coincided with exactly two years Gifty got engaged to Oyekechire Ansah Kwao IV.

The 47-year-old broadcaster delivered a bubbly girl. Gifty’s first child became the fourth for her husband, Oyekechire Ansah Kwao, the Chief of Adumasa Traditional Area in the Asuogyaman District of the Eastern region.
The official outdooring of the royal baby will be done in Adumasa in October. 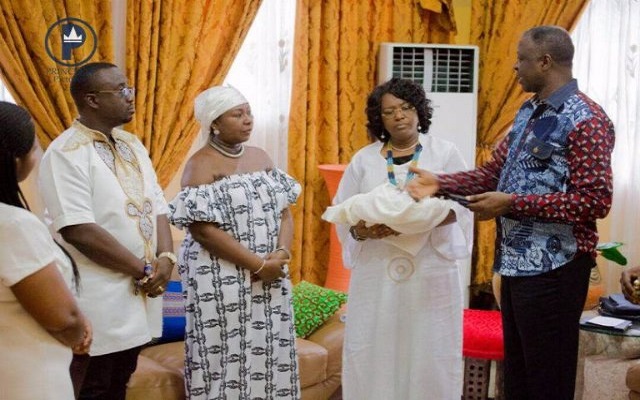