Church members look on as leader throws little girl around 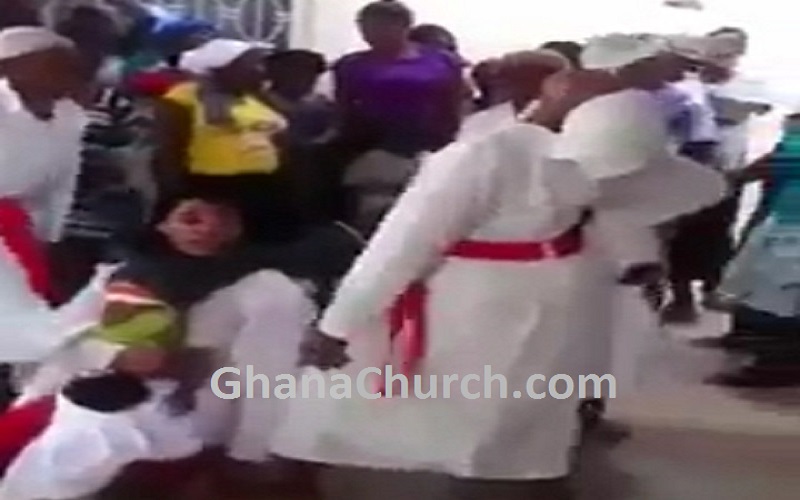 An absurd viral video of a spiritual healer has got the attention of Ghanaians, mainly because of the inhumane manner in which a toddler was being handled.

In the video, a man carrying the child is seen kneeling while three ladies dance in circles around him – all in white robes with red waist ties.

Some people in the background who appear to be members of the so-called spiritual church looked on without making any attempt to interfere in what the ‘spiritual leader’ was doing.

The little toddler is swirled several times, thrown up and about and also held by the hair by the ‘spiritual leader’.

There has been raging debates in the media regarding some fake pastors and their prophesies and their unscrupulous ways of performing miracles and extorting money from their ignorant church members.

Several warnings have been issued to Africans particularly Ghanaians on how they blindly practice their Christian faith by following deceitful men who brand themselves as pastors.