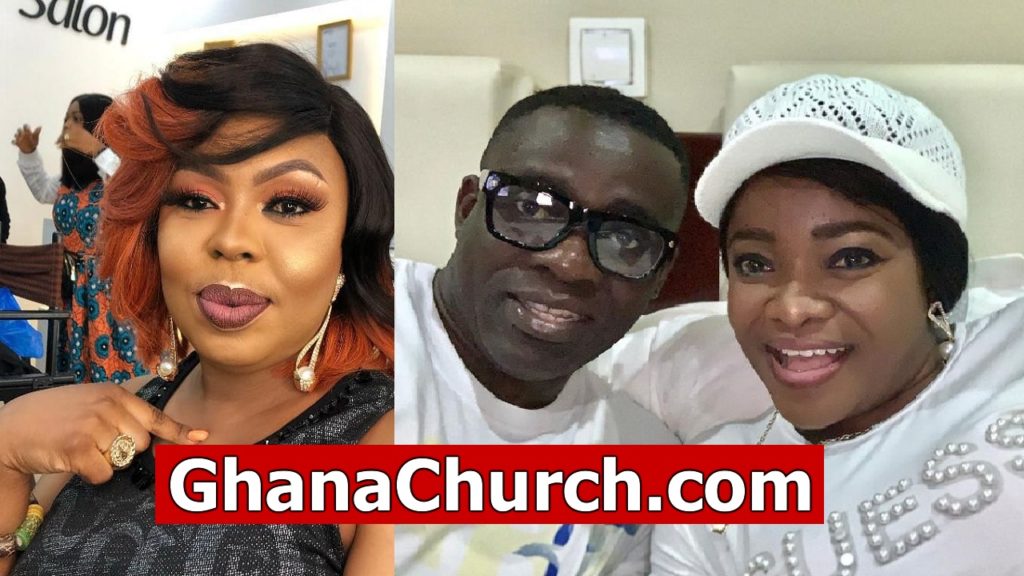 Gospel music star Mercy Twum-Ampofo, popularly known as Ohemaa Mercy has been in the news recently after her marital issues with husband and manager, Isaac Twum-Ampofo were uncovered.

Socialite Afia Schwar who seems to have her little birds perching wherever controversy is has made some revelation on the cause of the probable separation of the couple.

The award-winning musician in an exclusive interview on Power FM recounted that she has for a long time now been bearing the idea of getting a divorce.

Word on the street is that their marriage is on the brink of collapse because of the infidelity of both partners.

Afia Schwar, on her Youtube channel, alleged that Isaac Twum-Ampofo’s promiscuity is what incited the gospel musician to also commit adultery.

According to Afia, Ohemaa Mercy during her annual concert dubbed The Tehillah experience caught her husband cheating on her with one of her backup singers.

Afia alleged that Ohemaa Mercy’s divorce with her husband was written on the wall and even commended the musician for enduring Isaac’s nonsense for so long.

The controversial media personality revealed that Ohemaa Mercy left her matrimonial home last August and her husband now has full possession of her house and her kids.

Also, she revealed that Isaac had taken hold of Ohemaa Mercy’s social media accounts as well and threatened to release scandalous evidence on the musician’s extra-marital affair.

Afia accused Isaac of preying on the musician’s success and compared Ohemaa Mercy’s marital issues to what had happened to both eShun and Joyce Blessing not long ago.

However, Afia had some advice for young females in the showbiz fraternity who were into amorous relationships with their managers.

According to Afia, it is wrong for an artist to be involved with their managers romantically because as proven it will only end in disaster.